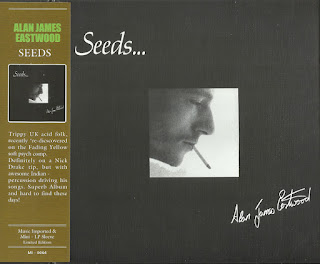 Alan Eastwood was well known as a great drummer but his talents extended to singing and also songwriting at which he was prolific. Alan Eastwood joined The Brumbeats - formerly The Plazents who were signed to a Decca recording contract in 1964. The band also recorded under the name 'The Merseyboys' and had a now rare album of Beatles songs released on the famous Vee-Jay label in the U.S.A. As a member of The Brumbeats, Alan first tasted fame when the band played support for and appeared on the same bill as The Beatles when they performed in Birmingham.

Alan went on to form his own blues-based trio called The Exception with former Brumbeats guitarist Roger Hill and bassist Dave Pegg - later to join Fairport Convention. The Exception was very much Alan's band as he wrote their original material and sang the lead vocals as well as playing harmonica - not the easiest job on stage as he also played drums at the same time! The group had an album and several good singles released on the President Records label including 'The Eagle Flies On Friday', 'Rub It Down', and 'Tailor Made Babe'. Alan also had his own solo single 'Blackbird Charlie' issued on President in 1968 as well as a now super-rare solo album titled 'Seeds... Alan James Eastwood'.

Alan Eastwood continued to work in the music business and spent his later years in London where he lived until his death from heart failure. He never really got the recognition he deserved but was a talented musician who was well respected in the local music community. Louise Lane who's uncle was Alan Eastwood has some fond memories of him; "Uncle Alan was not just a talented musician - he was also a good listener, giving advice, guidance and support to AA members and helping out with various charities within his community, including helping the homeless in the soup kitchen. From my own memories of Alan, I recall his upbeat energy and sense of humour and of course he just loved to sing and play his guitar to the family. He was an entertainer as well as a kind hearted man".
Brum-Beat

This is Alan James ‘Bugsy’ Eastwood's first solo effort, moved with the changing times of the decade’s end, and melds Eastwood’s impressive rock sensibilities with a folk thread – to superb effect.

His arresting voice is the album’s primary weapon, its wistful soulfulness papering over, in places, some rather passé lyrics. Yet it’s hard to see why, across great down-the-line singer-songwriter fare such Evenin’ Rain or Virgin Morn, Seeds is so often tagged as an acid-folk record. It isn’t. Flashes of Nick Drake’s percussive jazziness do rear up from time to time but, actually, this deserves to stand as a great 70s singer-songwriter record that sets its own tone and meter.
by Jan Zarebski 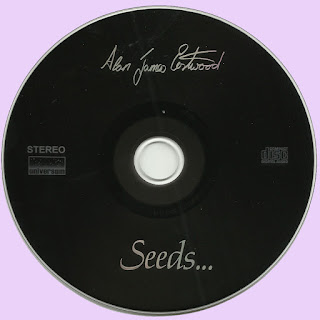 Free Text
the Free Text
Posted by Marios at 7:27 AM 7 comments: