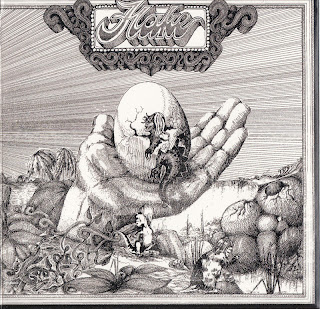 The story of Flake began in late 1968 when drummer Wayne Thomas quit Sydney band Plastic Tears to form his own group. He recruited four other players he knew -- singer Geoff Gray and bassist Laurie Sinclair (ex The Eli) and organist Rob Toth and guitarist Lindsay Askew (ex The Seen). The new band rehearsed solidly for three months but Laurie Sinclair was forced to drop out before their first gig due to the fact that his father died, his house burned down, he split up with his girlfriend and he had been called up for the Army -- all in the space of one week!

Several changes of personnel during 1969. Mick Gaul left the band and was replaced by Denis Moore (recently returned from the USA) who was known to Thomas from his time with Sydney band Him & The Others. Not long after, Lindsay Askew and Rob Toth both left due to the difficulties of balancing work and band committments -- all the members somehow managed to hold down day-jobs -- and Toth subsequently joined Samael Lilith.

Flake now started looking for a record deal. They had preliminary discussions with EMI, who lined up the renowned David Mackay as producer, but EMI's offer was for two Singles, with the recording of an album dependent on both Singles being hits. At this point independent producer Martin Erdman made them a better offer -- he would sing them to his Du Monde label for two Singles, plus an album, providing Flake had reasonable success with at least one of the Singles.

In early 1970 Flake went to Erdman's World of Sound studio at Ramsgate. The tracks they recorded were the Jackie Lomax song, "You've Got Me Thinking" as the A-side, with as the flip. Unfortunately, although Sydney radio programmers liked the band, they didn't like the song, so Wayne Thomas (who had chosen the A-side) then approached 2UW programmer Gary Jaegear for help. 2UW had rejected the A-side -- but not the B-side, Dylan's "This Wheel's On Fire" -- so Jaegar generously slipped "This Wheel's On Fire" onto the 2UW playlist.

Fortunately for Flake, the single came out at the start of the Radio Ban, which began in May 1970. While this controversial six-month dispute between commercial radio and record companies raged, many major label recordings -- particularly UK hits released or distributed by EMI-- were banned from commercial radio, giving independent labels like Du Monde, Fable, Sparmac and Image unprecedented access to commercial radio playlists.

Before long it was picked up by 2SM and then by stations in other cities. It definitely became a major national hit, although sources differ about exact chart placings. According to Wayne Thomas' History of Flake, it made the Top 5 nationally and stayed on the Go-Set chart for 18 weeks and charts reproduced in the CD-ROM of Martin Erdman's Du Monde compilation confirm his report that it went to #1 in the Sydney Daily Mirror chart and #2 in the 2SM chart, and that it made the Top 30 on 5AD Adelaide. Ian McFarlane's Encyclopedia entry on Flake says that it went Top 5 in Sydney (#4, July) and reached #20 nationally, whereas Martin Erdman asserts that it "reached ... No 7 nationally". Vernon Joyson claims that it spent 25 weeks on the chart. Martin Erdman also reports that the single was originally released by Festival with an orange label, but this was interrupted by the Radio Ban, so Erdman's own World Of Sound company took over pressing and distribution, with Singles released with both gold and orange labels. The single also won the 1970 2SM Australian Talent Award.

In the wake of the single's success Flake toured extensively up and down the east coast, all the while balancing their music career with their day jobs. Inevitably the strain began to tell and the first to leave was Dave Allen. His replacement was Billy Taylor (ex Purple Vision), who took over on rhythm guitar aas well as adding an extra voice to the band's already powerful vocal lineup. Taylor soon became close friends with singer Geoff Gray and the band's roadie Paul Berry, and they soon moved into a flat together. During this period Flake recorded a performance of a song from their repertiore, "Midnight Train", for the ABC's GTK pop show, but it is not yet known whether this still survives in the archives.
Miles-ago 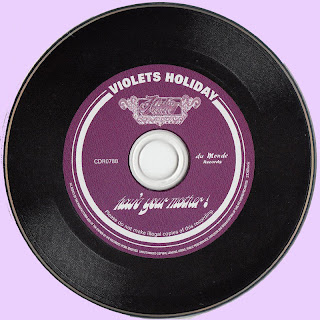 Free Text
Text Host
Posted by Marios at 9:41 AM 9 comments:

The David - Another Day, Another Lifetime (1965-68 us, revealing psychg beat, extra tracks issue) 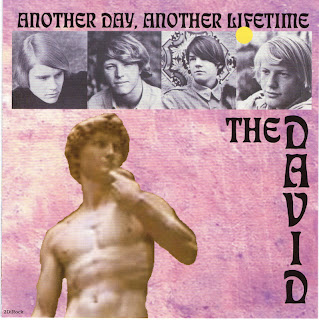 The David started in 1965 when lead singer and vocalist Warren Hansen got together with bassist Chuck Spieth, drummer Tim Harrison, and rhythm guitarist Mike Butte. Once they added lead guitarist Mark Bird, they got bookings in the Los Angeles area as "The Reasons." In 1966, while attending a gig at the Santa Monica Auditorium, the band met an enthusiastic young man named Steven Vail who convinced them to let him manage them.

Vail redubbed them "The David" to be unique and memorable to a young listening audience. Within months, Steven Vail landed the group a recording contract with 20th Century-Fox Records.   In October 1966, The David went into the recording studio for the first time with 20th Century-Fox producer Jackie Mills. They recorded "Bus Token" (sometimes called "Bus Token Fare"), "Foolish Man," and what would become their first A-side, "Forty Miles."

The single was released in December 1966 (backed with "Bus Token"). The group went out to promote it in their clean-cut white corduroy suits and neatly-trimmed long hair. 20th Century-Fox involved them in a nationwide promotional contest where the grand prize was a trip to Los Angeles, a studio tour, and a date with The David. "Forty Miles" received heavy airplay on the West Coast and went to #19 on Bakersfield, CA's top 40 outlet, KIFM.In November, for their second 20th Century-Fox session, they recorded "Out Of My Mind" and "People Saying, People Seeing," but it took more than six months, til June 1967, for 20th Century-Fox to release "People Saying, People Seeing" b/w "Forty Miles."

The group then went through changes. They parted ways with 20th Century Fox, rhythm guitarist Mike Butte left the band,  while Steve Vail formed The Vance Music Company, whose first signing was The David.  Plans were madefor an album with big production. String arranger extraordinaire Gene Page (who was all over the & many disco hits of the 70s)  brought to Sound Recorders in Hollywood a full panoply of horns, strings, sitar, and additional vocals for the sessions that began on November 20,1967.

The sessions later switched to American Recording Co. in Studio City, CA with Richard Podolor as the engineer. Capping Steven Vail's conglomeration and masterpiece of a production was the cover stunningly designed by painter Alan Maynard. When VMC issued the album at the tail end of 1967, the label picked "I'm Not Alone" as the first single, which was issued in a fancy picture sleeve TV beach performance: featuring a photograph by close friend of the band, Chris Georgesco. But radio station program directors had other ideas, especially on the East Coast where "Another Day, Another Lifetime/I Would Like To Know," "Sweet December" and "Time M" got most of the airplay. "Time M" is an obvious example of the theme of time that runs throughout the album, but the song's title is itself a mystery lost in time.

The song was originally just called "Time" but when it got on the session take sheet it had become "Time M," though no one knows why. "Mirrors Of Wood" features Warren playing an instrument of his own design called a plasmatar, a six-foot long wooden frame strung with piano wire and played with a bottleneck to give the vibrant rasp heard on the song. All the songs were written by Warren Hansen, except for "(Mister) You're A Better Man Than I," which Mike Hugg of Manfred Mann wrote for The Yardbirds.

The David recorded it in March, 1968, at T.T.G. Studios in Hollywood along with "I Don't Care," featuring the combined vocals of Mark Bird and Chuck Spieth. Tom Moulton found the two T.T.G.- recorded songs on the original 8-track session tapes during the remixing of the CD. Used by the group to warm up, "(Mister) You're A Better Man Than I" was never intended for release and never had vocals put down on it, but anyone familiar with The Yardbirds' version can tell how skillfully The David do it. The group's promotional efforts included an appearance at the annual Miss Teen Screen Magazine pageant at the Hollywood Palladium. They were also a Gramophone To Groovy, a tv documentary on rock and roll.

The group continued  on after the album's release, eventually drifting apart in the »early 1970s. Warren Hansen started college at UCLA and then moved away to start an environmental consulting firm. Tim Harrison went up to Alaska to work on the oil pipeline but moved back to manage properties in the Los Angeles area (when not surfing). Mike Butte continued to live in the Pacific Palisades area and became a finishing carpenter.  Chuck Spieth died from smoke inhalation in an accidental house fire in Oregon in the early 70s. While psychedelic in nature, the album does not pinpoint exactly whom The David sound like because theycreated a sound all their own.

They could have been the next big thing if only top 40 radio by late 1967 had not started sticking to the sound they knew, afraid to try something new.  Looking back, the album should have sold a lot better than it did. Thirty years later, The David continue to garner fans in the psychedelic/garage band underground.  The time has come for The David to get the recognition they truly deserve. It is long overdue.
by Steve Kolanjian 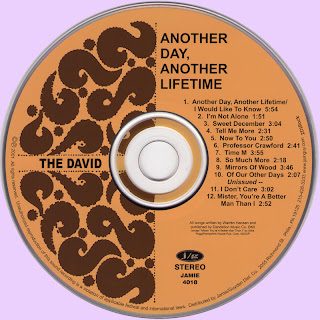 Free Text
Text Host
Posted by Marios at 12:37 AM 7 comments: