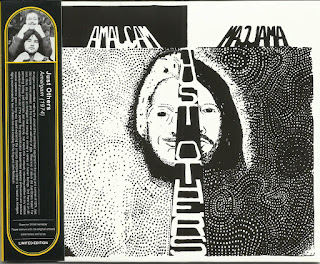 Geoff Twigg and Brian Rodgers first met in Frank Terenzi's music shop in Maidstone, Kent in September 1973. There was instant musical rapport, and they did their first gig together a mere? days later. Both had been musically active in the area for years: Geoff had played in a teenage band called Wyndmsh, and in a duo with Penny Connor, and was a member of the Concord Singers, a Kent-based choir; Brian, meanwhile, had been a member of a folk-rock outfit (name long forgotten}, and worked with another band, Bacchus, and as a solo folkie.

The crossfertilization between their separate enthusiasms and previous musical experience goes a long way toward explaining the uniquely distinctive blend to be heard on Amalgam. Just Others worked in most of the folk venues around the southeast of England, and secured a residency at the Faversham Folk Club. Keen for wider acclaim, they entered the annual Melody Maker contest, but, in Brian s words, "played abysmally, go nowhere".

Amalgam was recorded, making the utmost of the most basic equipment in the spring and summer of 1974. Just 250 copies were pressed (500 were ordered, but the pressing plant was in financial difficulties), and the record was sold only at gigs. Enough songs were written for a second album and record companies were duly approached, including such obvious candidates as Rocket and Chrysalis, but without success. Chappell Music were prepared to take on the publishing, and even to underwrite the recording of the follow-up, but it was not to be .. . The songs remain unrecorded, and sadly, for the most part forgotten.

The need to pursue their individual careers was to force the eventual demise of Just Others. Geoff worked as a peripatetic music teacher and achieved academic distinction atthe Guildhall School of Music and Drama and Kings College, where he studied composition. He later moved to the United States, where he currently works as the musical director for a church. Brian, meanwhile, became a full-time teacher (art design and technology); he also took up sailing, and has raced small sailing craft at international level. He returned to university in 1986. and taught in Australia throughout 1993, where he began playing music once more. Since returning to the UK in 1994 he has regularly performed solo, and has recently farmed a duo, No Vacancies, with Bernard Quenby, playing ragtime/blues, folk, and other material including at least one song from the Just Others days, Close Your Eyes to the Sun.

What kind of album did Just Others make? Every listener wi|! make up their own mind, for sure, but to my ears, there are songs on Amalgam that manage to convey striking post-Swinging London melancholy (Ballad of a Londoner), soft-focus summer laziness (Close Your Eyes to the Sun), yearning romanticism (Question of Emotion. I Do Not Know Your Name), Lost love lamented (Dialogue Between a Young Man and the Night), and universal agnosticism I Where Is He?), and they do it more effectively than most albums that cost many megabucks to record; there are flashes of true inspiration, like the crumhorns which frame the stunning Ballad to Lady Ann (a trackwhose hallucinatory neo-medieval vibe is, in today's parlance, pure acid-folk), and the distant string quartet on Where is He.

There are anthemic melodies that won't let go (At The End of the Rainbow, Siny For me). And there is an all-pervading feeling, part optimism, part melancholy, that makes this a uniquely interesting addition to any serious collection of acoustic music of the period. At the time of writing these notes, I am fairly certain that no other copies of Just Others/Amalgam have been found, or offered on the collectors' market. Just Others “Amalgam” is indeed something rather special.
by Andrew Hawkey 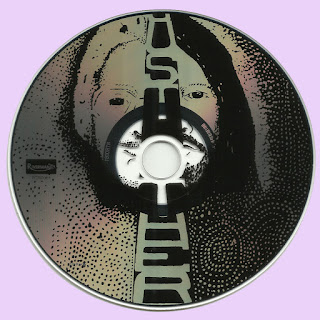 Free Text
Text Host
Posted by Marios at 5:08 AM 1 comment: