Best remembered for their folk-rock cult classic "Stop! Get a Ticket," the Clefs of Lavender Hill were led by singers/guitarists Travis and Coventry Fairchild, in reality Brooklyn-born brother and sister Joseph and Lorraine Ximenes.

Settling in Miami in 1966, the siblings recruited bassist Bill Moss and his brother drummer Fred, late of the local band the Twilights (noted for their lone single, 1965's "She's There"), and soon issued their first Clefs of Lavender Hill single, the Thames label release "First Tell Me Why." However, Miami radio instead seized on the B-side, "Stop! Get a Ticket," given the song's irresistible Merseybeat-inspired approach.

The record proved so popular across South Florida that it was licensed for national release by the Date label, surging as high as number 80 on the Billboard Top 100. The follow-up, "One More Time," rose to number 114 in the autumn, and the Clefs closed out 1966 with one more single, "It Won't Be Long." The record failed to chart, however, as did its successor, 1967's "Gimme One Good Reason" -- a full-length album was completed, but Date chose to cut its losses, shelving the LP and dropping the Clefs from its roster.

The Moss brothers soon exited, and the Travis and Coventry continued on with bassist Frank Milone and drummer Steve Zaricki before dissolving in 1968. "Stop! Get a Ticket" was later included on 1998's Nuggets box set. The album finally saw the light of day when the tracks from it, along with the group's lone single, were released by Wounded Bird in 2010 under the title Stop! Get a Ticket.
by Jason Ankeny 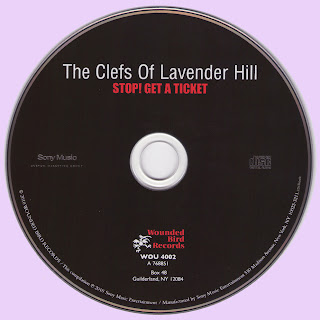