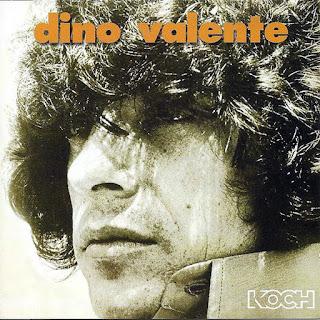 Dino Valente (Chester Powers was his real name, Dino was a name which he remembered kids called him, and which gave him a good feeling ; it was actually Valenti which he took as an artist’s new last name, but the label misspelled it), after briefly joining the air force, he soon spent time playing at coffee houses and spaghetti shops, formed a short time a duo with Fred Neil, a period where he wrote "Get Together", a song that would bring him fame through the covers by Jefferson Airplane and by the Youngbloods, who made it a top 10 hit in the US.

His first real single from 1964, was a folk pop song called "Birdses" which became the inspiration for Gene Clark to name his new band the Birdses, or differently written, as the Byrds. In 1965 he started to sing with Quicksilver Messenger Service, but before this was really settled, he was busted for the possession of two ounces of pot, so that after a court case where the judge cited his anti-government song “what about me” he was sent to jail for 11 months, an experience which must have done much harm.

In 1968 he got a CBS record deal which he wanted to become a solo record, but which still was produced by the label with some band arrangements, with Bob Johnston leading, how they preferred to hear it, a result which I think, in the end, really made the best of it, and was still done with respect to the music, to give it some balance, because to some degree the album shows almost a bit too much to bear easily, moments of painfully sad and fucked up conclusions, from a human being that had been broken on occasions and now leans on a few fragile things on which to hang upon.

The album opens with “time”, a beautiful and strong sad song about dreams which pass and are lost but for which new dreams can appear instead. Some disappointments of his experiences reveal themselves further, while other songs hold so tight to romantic ideals, mixed with the overly focus on the eternal now, probably because the past still looks painful and the future is not trusted, while certain things still weighs tons.

Some of his singing, (like on “my friend”), is expressed with a conscious, and slowly moving forward singing, which might have come from his time with Fred Neil. But then, also some frustrations creep into it, like a thoroughly bitten maize-ear, his voice makes a few strange moves now and then, whining his cries in such strange moves that it recalls these failures of the endless in time moves with no directions of leading nowhere (remember how Syd Barrett did his own overly sad moves with his lyrics and tone variations in his words, this is of course still different), showing the crumbling role of importance of his own identity, such a position could become on the edge of suicidal, at the same time also his greatest hopes and projections of personal romance and love sounds so equally sad, as if losing its grip on it while biting into its importance.

One time (on “me and my uncle”), Dino sounds like the underground Dylan (he much more was one of Dylan’s characters, the liner notes described him). On “my friend”, there’s a more jazzy background arrangement, while “tomorrow” also is orchestrated. For me, such arrangements also succeed to bring the personality at such moments back to a comfortable real situation and reality. The last track “test” however ends experimental, with just flute in the background, and subtle overuse of echoes, with his bass voice lingering on, and is rather psychedelic, as a fading out with more abstract energy the little weird part that had participated in the album.
by Psychedelic-Folk 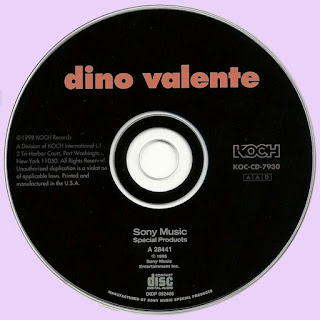 Free Text
the Free Text
Posted by Marios at 11:58 AM 7 comments: