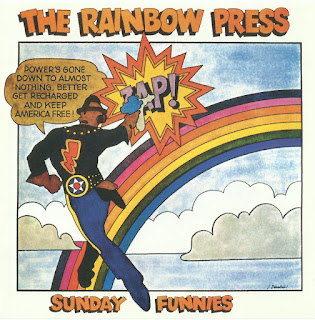 Marc Ellis and William H. Yergin were high school friends, In the fall of 1967, Ellis told him about a friend from Suffern, N.Y., on the Hudson River, who was looking for other band members. So, that summer, Yergin and five others jammed together. Halfway through the summer, they auditioned in New York City at the same theater used by Ed Sullivan.

The band subsequently logged its first contract in middle of the summer of 1968. The recording company, Mr. G, was a division of Audio Fidelity Records, Inc., which was the first company nationally to release a true stereo record, a revelation in the mono-heavy time.  Cashbox and Record World magazines, which featured industry news, named Rainbow Press picks of the week. The band’s record company wanted a second album, “Sunday Funnies,” which was recorded around Christmas 1968 and released in the spring of 1969.

“There's A War On” is excellent late '60s soft rock with more than just a touch of psychedelia about it. The ten well-crafted songs are all original, and are delivered smoothly by a tight 6-piece band dominated by Groff's superb vocals. The album's name and the eponymous track are as close as we get to political posturing, which is a great relief as the lack of prosletising let's the strength of the song writing and the band's performance shine through. There are loads of tight vocal harmonies, and plenty of fuzz guitar liberally dispensed throughout this polished and very enjoyable record."

The second LP "Sunday Funnies" was recorded during Christmas vacation at the 8 track studio A&R in NYC. It was released in the Spring of 1969, with the release of the single "Great White Whale". The Rainbow Press was truly a studio band, never going on the road to perform as the Rainbow Press. The group went its separate ways that summer. Yergin went to Case Western Reserve University and became a dentist. Marc and Larry are still in the music industry, Dave uses his musical abilities in his career.
the Maple Leaf 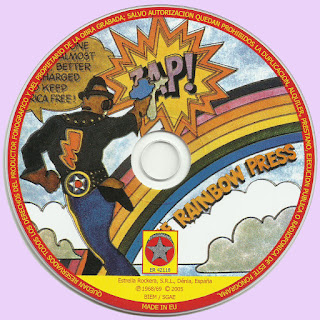