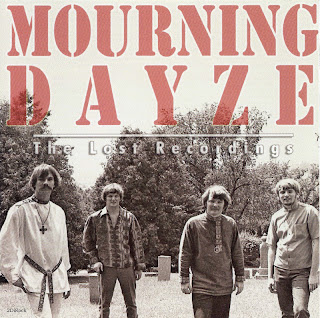 Mourning Dayze was born on August 9,1965 in Whitewater, Wisconsin. The band's original name was "The Coachmen," but later when they discovered there was another band with the same name, the guys decided to change It, The band traveled to and from gigs in a hearse pulling a trailer. One morning while driving back to Whitewater, after another late-night gig, the sun was coming up and it was hazy; thus; Mourning Dayze.

Mourning Dayze was extremely popular in the Midwest especially in the teen bars that were popular in Wisconsin during the late 1960's and early 1970.'$. The band was popular on many college campuses, not only for its music, but also for their light show. It’s believed that Mourning Dayze was the first rock and roll band in the state of Wisconsin to include a traveling strobe light. The band became known throughout the Midwest because of its props, including a large banner with the name. Mourning Dayze on it; an umbrella on a mike stand; a siren; an old fashioned pole lamp with a yellow light, and the familiar Taj Mahal on the kick drum, In addition to Midwestern states, Mourning Dayze played in states as far east as New York and New Jersey, as far south as Florida and as far west as Idaho, The band also played numerous gigs in Canada.

During the first five years prominent musicians passed through the band leaving a long lasting impression, Curly Cook, an early guitarist with the Steve Miller Band introduced Mourning Dayze to the power of the blues and the power and soul of the guitar Berry Oakley played bass guitar with Mourning Dayze shortly before the formation of the Allman Brothers Band. Mike Warner joined in the fall of 1969, after his summer drumming with Curtis Mayfield and the Impressions. During the firs! five years, Mourning Dayze opened for many well-known bands, including The Music Explosion, Ohio Express, The Lemon Pipers, The Trashmen, and The New Colony SIX.

From the summer of 1972 to the spring of 2000, Mourning Dayze played a portion of every year at Alpine Valley Resort in East Troy, Wisconsin. It began performing as a house band for the winter ski season and on weekends during the summer, in the mid-70's Alpine Valley became a major stop on the national tour for rock, pop and contemporary styles of music. Mourning Dayze was in the perfect setting to meet jam, and listen backstage, to national touring acts every weekend, week after week, year in and year out. Some of the bands Mourning Dayze jammed with include Los Crusades, RE XX Billy Swan and Hank Williams Jr. in the fall and spring of each year, Mourning Oayze would hit the road with a special love for touring the western United States. After 41 years Mourning Dayze is still gigging. 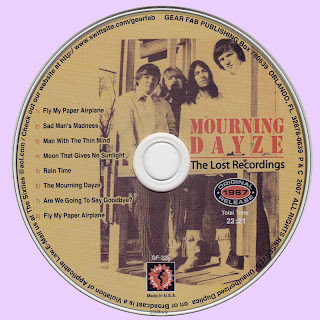 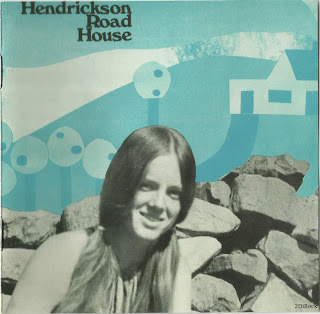 So good is this slice of acidic West Coast folk that it’s difficult not to go overboard. Lost for 40 years and coveted by a handful of acolytes willing to exchange $1,000 for a copy, this is a rediscovered gem so pure it makes all previous claims to that title look like uneducated sycophancy.

The sophisticated jazzy undertow (in places not unlike contemporaries Seatrain) and sparse, intelligent arrangements are bound together by a female vocal so delicious, it could be picked and eaten. Opener Forget About You could be a template – pure, sparkly guitar and wispy, shuffling drums underpin that voice – but the coherence of the material belies its variety. Intense harmonising on Helping Hand, prog-like time changes on Tomorrow Your Sorrow and free-roaming jazz on Yesircantoo – the album is littered with unique and varied touches of class in all departments.

Wooden Hill have rightly lavished time and effort on the package and we get no less than six bonus racks. Whoever you are – or think you are – you need this record.
by Jan Zarebski 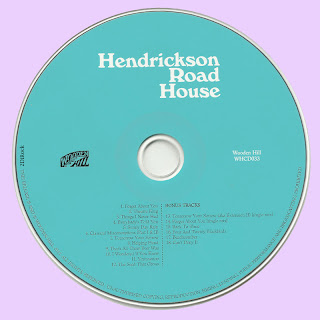