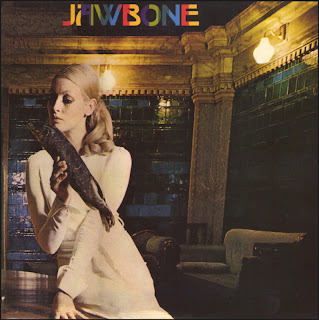 Jawbone was born from the ashes of The Mirage and Turquoise, two of the UK's greatest cult pop-psych bands (and both recently anthologised on RPM and Rev-Ola respectively) and their lone 1970 album rounds off their stories perfectly. They were thrown together after guitarist Ray Glynn and drummer Dave Hynes decided to re-form The Mirage after a short stint in The Spencer Davis Group came to an end in 1969 (they appear on the excellent "Short Change" single and ill-fated Funky album).

Vocalist Pete Hynes and former bassist Dee Murray was swiftly poached for Elton John's band so they recruited keyboard player and former Mirage sidekick/songwriter Kirk Duncan who called up another former colleague, Jeff "Gus" Peters of the recently defunct Turquoise to handle bass duties. Dave Hynes secured the band a deal with Merv Cohn's newly minted Carnaby label and they changed their name to The Portebello (sic) Explosion for a single coupling the dreamy, Beatlesque pop-sike of "We Can Fly" and a tough, hard-edged cover of Bubble Puppy's minor US hit "Hot Smoke And Sassafras".

The single went nowhere but album sessions began regardless in late 1969 with the re-recording of three old Mirage tunes - "How's Ya Pa?", "Chicago Cottage" and "Jeremiah Dreams" (mistitled "Jeremiah's Dream" on the eventual album), a suitably demented re-working of their unreleased 1967 psychedelic opus "Ebeneezer Beaver". When "How's Ya Pa?" was released as a single in early 1970, it was credited to yet another new moniker, Jawbone. Typically for this period, Dave Hynes had become obsessed by The Band and set about re-modelling the group in their image.

Consequently, titles like "Honeysuckle Redwood Cabin", "Homestead" and "Mister Custer" came thick and fast, bearing the distinct influences of The Band and The Byrds. On the flipside, Jeff Peters' yearning, Dylanesque "Song For Sunny" sounds like a top-notch Turquoise out-take, "Brave White Knight" blends Donovan, Simon & Garfunkel and "Greensleeves" to thrilling effect and the superb version of The Beatles' "Across The Universe" is chock full of flanged vocals, Wah-Wah guitar and all manner of glorious psychedelic trickery.

The album came housed in a luxurious, artistic and no doubt very expensive fold-out poster sleeve but sank without trace. A further non-LP single, "Way Way Down", was released shortly after but suffered a similar fate. Jawbone then hooked up with Joe Brown and became his backing band Home Brew for the next five years, at least ensuring themselves a regular income. Dave Hynes ended up drumming for Steve Marriott during the late 70s and into the '80s. 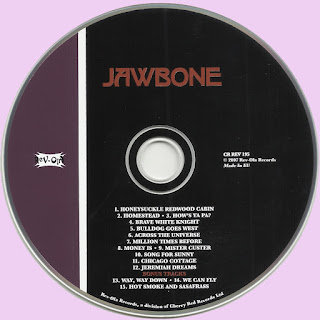 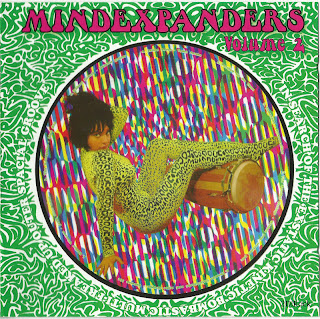 Vol 2 of the Mindexpanders series brings you more of the rarest, most funky, weird and downright excellent tracks in existence. It’s an intriguing CD, and undoubtedly one that will encourage collectors & creators alike to explore the lost world of strange recordings. 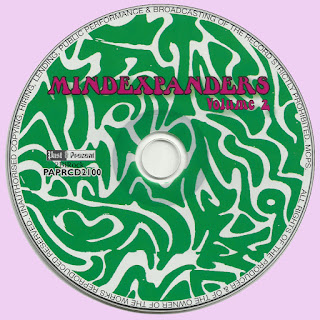 Free Text
Text Host
Posted by Marios at 2:13 AM 11 comments: