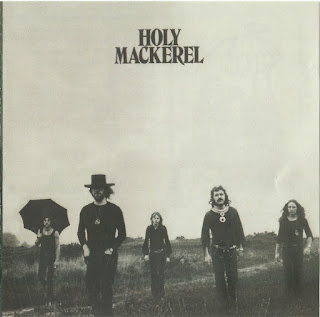 Singer Terry Clarke, guitarist Derek Smallcombe and drummer Roger 'Spodge' Siggery had all played in UK psych legends Jason Crest. Following their collapse in 1969, Clark joined short-lived UK rockers Hunter, whose sole LP was released in America only under the band name Orang Utan, while his former bandmates played with High Broom, best-known for releasing a version of Dancing In The Moonlight on Island in 1970.  Smallcombe then played a stint with progressive rockers Samuel Prody, whose sole LP was released in Germany only, before rejoining Clark and Siggery in 1972 to form the quintet Holy Mackerel, along with new recruits Chris Ware (guitar) and Tony Wood (bass).

Having relocated from their native Kent to rural Lancashire, they devised a set that drew on progressive, pop and country influences before starting to gig. According to their LP's sleevenotes, they 'took the Northern college circuit by storm, experimenting and refining their music until they were ready for their album'. Having come to the attention of producers Roger Easterby and Des Champ (best-known for making hits with pop artists including Vanity Fare, Deep Feeling, Dr Marigold's Prescription and Chicory Tip), they were signed to CBS and entered the studio. A single coupling Rock-A-Bye and New Black Shoes was issued in late October 1972, preceding the appearance of their self-titled LP in November.

Unfortunately, as 1973 came around the market for such records was fast shrinking, and it sold poorly despite an enthusiastic endorsement from John Peel ('A group to watch and, of course, a good one to listen to as well') and 45 releases in Germany, Turkey and elsewhere. They appeared on Peel's show in November, performing Waterfall, Spanish Attraction, Oh! and Trie Boy & The Mekon, but it made little difference to their success. They did go on to record a follow-up album, entitled Closer To Heaven, but CBS didn't release it and it languished until finally appearing in 1993.

Having departed CBS, the band remained with Easterby and Champ for three further singles that appeared on the producers' own Santa Ponsa label (a subsidiary of Pye), but none of those charted, so they finally called it quits in mid-1974.
CD Liner-Notes 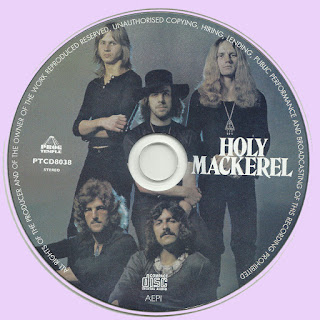 Free Text
Just Paste
Posted by Marios at 1:33 AM 9 comments: