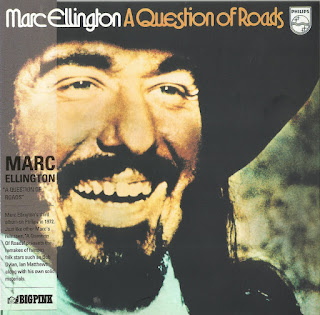 Marc Ellington is a Scottish folksinger and multi-instrumentalist who worked with Fairport Convention, providing some vocal support on their 1969 ‘Unhalfbricking’ album, also played with Matthews Southern Comfort in the same year, as well as releasing his debut. I haven’t heard that one, but came across his 1971 follow-up ‘Rains/Reins of Change’ some years ago, and was intrigued to see just how members of Fairport were involved. It was a very different line-up for the next album, ‘A Question of Roads’.

The album has far more in common with American country, with steel guitars and banjo making plenty of appearances. If I was to compare this album with a more well-known group then it would be with The Band, as this 1972 album compares well with the music they were releasing at the same time.

It is laid back, melodic, and totally enjoyable the first time it is played. This album may not have any Fairport members involved, but I did find it intriguing to note that it includes a very countrified “Open The Door, Homer”, which was what Bob Dylan & The Band called “Open The Door, Richard” when they recorded it in 1967, but it can trace its roots back the Forties. Fairport Convention then recorded the song on the ‘Red & Gold album’, in a very different manner to this it must be said. Marc must have been held in high acclaim back in the Seventies when one sees who he worked with, and the number of solo albums he released, but he seems to have been mostly forgotten now which is a real shame. 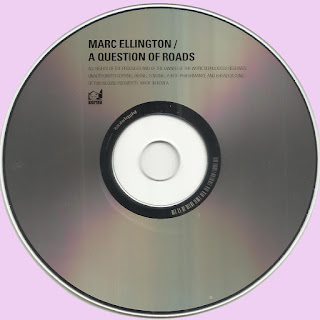