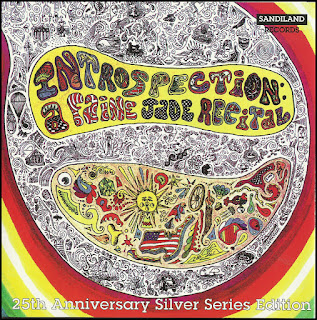 One of the highly collectable LPs of the 1960s, Introspection: A Faine Jade Recital .  The Introspection LP comprises 10 songs that make up a minimalist psychedelic masterpiece. Using a few overdubs, the recording relies on the five-piece instrumental lineup behind Jade's decidedly Anglicized Long Island accent.

The opening "Doctor Paul Overture" sets the stage for an album bursting with curiously of-center British-influenced psychedelic pop. "People Play Games" reveals Jade's hippie-era lyricism magic lanterns, scarlet scissors, and crystal cornucopia, while its percussive intro and jungle play-out suggests The Beatles' "Tomorrow Never Knows." "Ballad Of The Bad Guys" has a garage attack that benefits its title; A Brand New Groove" features a guitar riff that could have worked for the Rolling Stones; "Don't Hassle Me" proclaims the generation- gap chorus; "No-o-o! Don't you hassle me/ I'm trying to be young/ I'm trying to be free."

The title track "Introspection" leans toward a catchy folk rock, while "Cold Winter Sun" allows Manzi to repeat a lick echoing "Than He Kissed Me" before launching into a clearly mismatched power trio vamp. Jade enshrines his Brit-pop-folk-garage rock influences in the imaginative "I Live Tomorrow Yesterday," an upbeat number that sounds like a hit single. "Grand Finale", a five-minute instrumental experiment, closes the LP with a layered mix of effects, backward tracking, and studio dissonance.

The brilliant psychedelic rock 'n' roll of Faine Jade passed through the orange-colored skies of 1968 like a pink and lavender comet, then was gone... Fortunately Jade left behind a wondrous album to detail his amazing, one-way voyage through the night skies. Introspection: A Faine Jade Recital details every deliciously enigmatic, Syd Barrett-inspired twist and turn of the short but sweet career of this mysterious artist.

Since the hideously rare original LP now requires a mortgage from your bank, Sundazed, with the full cooperation of the artist, presents the perfect Faine Jade package, taken from the absolute master tapes with rare photos and liner notes based on a recent interview with Faine Jade, himself.

This 1994 CD 25th Anniversary Silver Series Edition (this copy is No #28) on Jade's Sandiland label was remastered from the first generation tapes by Faine himself. It also adds a few bonus cuts: backing instrumental demo tracks for a few of the songs, the previously unreleased brief instrumental "Piano Interlude," and a 1993 "reunion" performance. 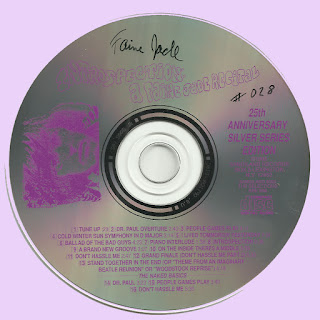 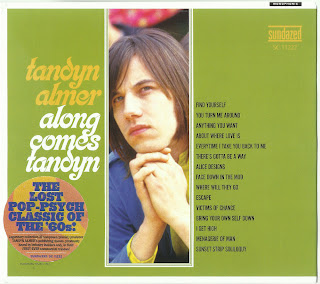 We recently lost another unsung genius from the cracks and crevices of 60s pop/psych. Tandyn Almer, who sadly passed in early 2013, would never become a household name, but you’ve definitely heard his work. Penning major tunes like “Along Comes Mary” for the Association, “Sail on Sailor” and “Marcella” for the Beach Boys, and countless other psych-tinged gems, Almer left behind a distinguished trail of well-crafted compositions. Luckily, and ironically (as I’m sure he would have enjoyed to see its official release), we have gained a new trove of lost work in Along Comes Tandyn, a collection of Almer’s demos from 1965-1966.

Originally written and recorded for Davon music, a small number of acetates labeled “The New Songs of Tandyn Almer” was circulated in order to shop his tunes to other recording artists. While some acts like The Sure Cure and Curt Boettcher’s The Ballroom took the bait, most of these tracks have remained unheard. The sound is definitely demo quality (all the better), the band generally led by a clangy electric guitar and sprinkled with bits of piano and harpsichord.

The vocals soar with typical 60s harmony, the lyrics quite often along the same vein. You can tell Almer was a real musician’s musician, his tunes never compromise, always taking an unexpected turn and often for something quite complicated. Take a listen to the surprisingly hip “Everytime I Take You Back To Me” and just try to follow the changes; or check the classical piano work on “There’s Gotta Be a Way.” Even “Along Comes Mary” (not included here) ducks and weaves at every chance, delivering it’s punch where you’d least expect it.

Some of Almer’s other happenings of note include an interview in Leonard Bernstein’s Inside Pop – The Rock Revolution (a “serious” investigation into pop’s emergence as an art form), as well as a short-lived best friendship with Brian Wilson, allegedly ending in an enstranging three-way.  While not exactly loaded with clear winners (Face Down in the Mud” is a downright weirdo blues offering that would sound at home on FZ’s Only in it for the Money and some tracks sound a bit like psychedelic filler).

Along Comes Tandyn is still an excellent comp of lost pop-psych with a satisfying garage sound. Essential for fans of complex pop, the full package includes excellent liners (with lots of information provided by Tandyn himself) and will turn anyone into a hardcore Tandyn fan. Count me a Fandyn.
by Brendan McGrath 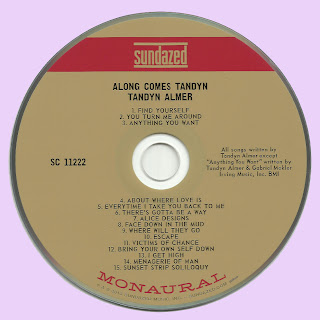