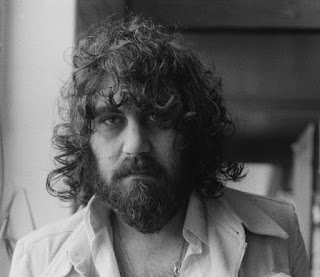 RIP
Vangelis, the Greek composer and musician whose synth-driven work brought huge drama to film soundtracks including Blade Runner and Chariots of Fire, has died aged 79. His representatives said he died in hospital in France where he was being treated.
Born Evángelos Odysséas Papathanassíou in 1943, Vangelis won an Oscar for his 1981 Chariots of Fire soundtrack. Its uplifting piano motif became world-renowned, and reached No 1 in the US charts, as did the accompanying soundtrack album.
Mostly self-taught in music, Vangelis grew up in Athens and formed his first band in 1963, called the Forminx, playing the pop music of the time: uptempo rock’n’roll, sweeping ballads and Beatles cover versions, with Vangelis supplying organ lines.
They split in 1966, and Vangelis became a writer and producer for hire, working for other musicians and contributing scores for Greek films. Two years later, he struck out for Paris to further his career, where he formed the prog rock quartet Aphrodite’s Child with Greek expats including Demis Roussos. Their single Rain and Tears was a hit across Europe, topping the French, Belgian and Italian charts and reaching the UK Top 30.
After they split – Vangelis deeming the world of commercial pop “very boring” – he returned to scoring film and TV. Turning down an invitation to replace Rick Wakeman on keyboards in Yes, he moved to London and signed a solo deal with RCA Records: his LPs Heaven and Hell (1975) and Albedo 0.39 (1976) each reached the UK Top 40, the former also used to soundtrack Carl Sagan’s popular TV series Cosmos. The connection with Yes was finally completed later in the decade, when he teamed with the band’s Jon Anderson for the duo Jon and Vangelis, whose debut album went Top 5.
Vangelis had continued his film score work throughout the 1970s, but it was in the 1980s that this reached its commercial heights. Chariots of Fire became inextricable from Vangelis’s timeless theme, and the music became synonymous with slow-motion sporting montages. “My music does not try to evoke emotions like joy, love, or pain from the audience. It just goes with the image, because I work in the moment,” he later explained.
His score to Blade Runner is equally celebrated for its evocation of a sinister future version of Los Angeles, where robots and humans live awkwardly alongside one another, through the use of long, malevolent synth notes; saxophones and lush ambient passages enhance the film’s romantic and poignant moments. “It has turned out to be a very prophetic film – we’re living in a kind of Blade Runner world now,” he said in 2005.
Later in the decade he scored the Palme d’Or-winning Costa-Gavras political drama Missing, starring Jack Lemmon; the Mel Gibson and Anthony Hopkins drama The Bounty; and the Mickey Rourke-starring Francesco. He worked again with the Blade Runner director, Ridley Scott, on 1992 film 1492: Conquest of Paradise, and elsewhere during the 1990s, soundtracked Roman Polanski’s Bitter Moon and documentaries by Jacques Cousteau.
Vangelis drew on Greek instrumentation alongside the typical orchestras used in film scoring on Oliver Stone’s 2004 classical epic, Alexander.
His most recent score is for El Greco, a 2007 Greek biopic of the Renaissance painter. The Greek artist, who moved to Spain and acquired his nickname there, was much admired by Vangelis, who composed albums in 1995 and 1998 that were inspired by and named after him.
Continually celebrated for his evocative Chariots of Fire theme, Vangelis was also commissioned by sporting bodies to soundtrack major events, including the 2000 Olympic Games in Sydney, the 2002 World Cup in Japan and South Korea, and the 2004 Olympics in Athens. He also wrote ballet scores and music for stage productions of Medea, The Tempest and other plays.
Solo releases remained steady alongside his commissioned work, and occasionally included collaborations with vocalists such as Paul Young.
A fascination with outer space found voice in 2016’s Rosetta, dedicated to the space probe of the same name, and Nasa appointed his 1993 piece Mythodea (which he claimed to have written in an hour) as the official music of the Mars Odyssey mission of 2001. His final album, 2021’s Juno to Jupiter, was inspired by the Nasa probe Juno and featured recordings of its launch and the workings of the probe itself in outer space.
the Guardian
Posted by Marios at 10:00 PM 7 comments: