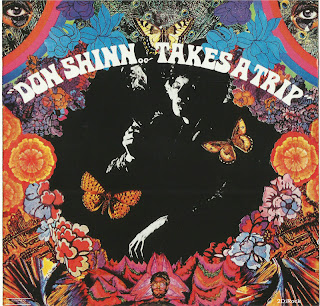 Don Shinn is a much neglected figure in the early development of UK prog...This is a high-end gaming and frankly is frightening the fact that half a year ago I had no idea about the existence of this artist!... time it to change

On the earlier 1966 Polydor single version of 'A-Minor Explosion', Shinn can be heard employing an overdriven organ sound, jazzy chord voicings, spooky 'freakout' atmospherics, and, most notably, crashing his reverb springs in precisely the same way that Keith Emerson, Jon Lord, and countless others would eventually do years later. This 1969 remake is not as wildly manic as the 1966 original but more cerebral, and foreshadows the overall playing style and organ tone that would be echoed by Dave Stewart on the first Egg album released the following year in 1970.

Citing Shinn's influence, Keith Emerson recalls: "Don Shinn was a weird looking guy, really strange. He had a schoolboy's cap on, round spectacles... I just happened to be in the Marquee when he was playing... The audience were all in hysterics.... And I said, 'Who is this guy?' He'd been drinking whisky out of a teaspoon and all kinds of ridiculous things. He'd play an arrangement of the Grieg Concerto, the Brandenburg and all. So my ears perked up....Playing it really well, and he got a fantastic sound from the L-100. But halfway through it he sort of shook the L-100, and the back of it dropped off. Then he got out a screw driver and started making adjustments while he was playing. Everyone was roaring their heads off laughing. So I looked and said 'Hang on a minute! That guy has got something'. I guess seeing Don Shinn made me realize that I'd like to compile an act from what he did. He and Hendrix were controlling influences over the way I developed the stage act side of things".

Coincidentally, Shinn had been playing in a trio with future Uriah Heep bassist Paul Newton and drummer Brian Davison who would eventually work alongside Keith Emerson in The Nice. Paul Newton recalls: "In the 60's I was playing with a guy from The Nice, Brian Davison, and another guy, a keyboard player, who was a real genius. It was a trio, and most of it was really jazzy. This keyboard player was a guy called Don Shinn who went on to play with Dada, which was the forerunner of Vinegar Joe....He used to teach me bass lines on his organ pedals...really technical jazz stuff."

Before his groundbreaking journey into pre-progressive rock territory, Shinn played with a number of mid '60s British beat outfits including The Meddy Evils, The Echoes (backing Dusty Springfield), and The Soul Agents featuring Rod Stewart. After releasing 'Temples With Prophets' in 1969, Shinn showed up on the one and only release by Dada (1970), which also featured vocalist Elkie Brooks and former Jody Grind guitarist Ivan Zagni. Following Dada, Shinn worked with Keith Relf's Renaissance, playing electric piano on the track 'Past Orbits of Dust' from the 1971 album 'Illusion'.

Absolute revelation, premiere on CD ,his debut album (released in March 1969 by the British Columbia EMI entitled 'Temples With Prophets' and in France in the psychedelic cover as 'Don Shinn Takes A Trip') organist Don Shinn and his team recorded a completely instrumental masterpiece the piano and Hammond organ brilliant thin Progressive is developing, it is enclosed in brilliant sound a psychedelic classic rock and jazz-rock color psychedelic guitar trenchant strongly, based on a stable, solid, trouble is playing with a sense of the band by the drum which a slightly more mature version of the Nice and early Brian Auger's Trinity with more than a hint of Edward Grieg i .. Arzachel!

This is the absolutely mandatory for all fans of psych-prog-jazz-rock (or whatever it was called ...) with the authorities Hammond. Perfect sound quality. Additionally CD Record Label Flawed Gems contains
A-Minor Explosion [3:09] 1966 single version released as Don Shinn & The Soul Agents)fantastic,and also answer ,which one the band recorded the first progressive single.
by Adamus67 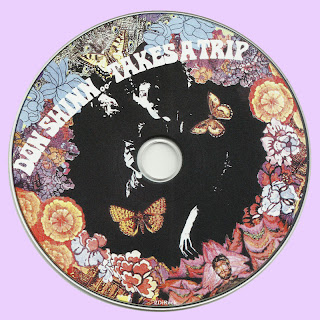 Free Text
Text Host
Posted by Marios at 9:39 AM 16 comments: