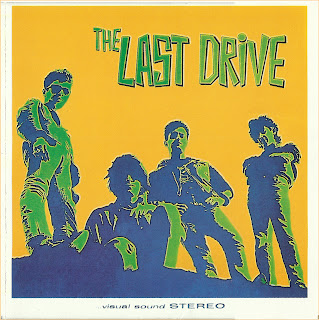 Early rehearsals by nascent band and occasional gigs in clubs in Athens circa 1981-.82 Made their first official gig at Rodeo (Cult) as The Last Drive, on December 1983, the line-up was : Alex K (vocals, bass), Chris B. I. (drums), Nick ‘Pop Mind’ (guitar) and P.E.P. (guitar), two months later they made another live appearance in Saloniki at Basement Club, but P.E.P. has already left the band.

On March 1984, The Last Drive recorded their first demo, including the originals songs ‘Race to Hell’, ‘Train of Pain’ and ‘Graveyard Cat’ and a version of ‘Lonesome Train’ by Johnny Burnette. Late 1984 George, a.k.a. ‘Be George Bop’, Be Bop Jungle guitarist, joins the band. The Last Drive become a quartet again and at December 30 play at the legendary club Pegasus, in Exarchia, in the midst of the Greek underground mid-80’s explosion.

Again in the studio but this time for official recordings (first EP Includes ‘Poison’, ‘Midnite Hop’ and ‘Right by My Side’, all originals). They played Live at Kyttaro Club. ‘Calhoun Surf’ and ‘Blue Girl’ included in cassette-compilation by Di-Di Music. Two more live shows one in Giannena (Chevrolet Club) and the other in Salonici at the famous Berlin Club. During the summer of 1985 the single ‘Midnite Hop’ released on independent Art Nouveau, distributed by Polygram.

The following year after explosive gigs, the band signs with new independent label Hitch-Hyke, entering the studio to record the first Long Play ‘Underworld Shakedown’, the sessions completed after two months and the result was eight originals – ‘Me ’n’ my Wings’, ‘Valley of Death’, ‘Poison’, ‘This Fire Inside’, ‘Sidewalk Stroll’, ‘The Shade of Fever’, ‘Repulsion’ – and four representative covers: ‘Misirlou’ (by Roubanis), ‘Every Night’ (Human Expression), ‘Night of the Phantom’ (Larry and the Blue Notes) and the classic ‘Blue Moon’.

The band plays with The Watermelon Men from Sweden at Kyttaro, while Mick Blood (lead singer with The Lime Spiders from Australia) joins them on stage for ‘You’re Gonna Miss Me’, ‘Five Years Ahead of My Time’, ‘Have Love Will Travel’, and an attempt at ‘Creature of My Dreams’ – Mick’s version of ‘Sidewalk Stroll’. The audience takes over the stage and the Swedes appear reluctant to follow!

Their debut album ‘Underworld Shakedown’ released on June 1986 by Hitch-Hyke Records and was dedicated to James Cagney (‘Top of the world, ma!’). The album causes a stir, receiving rave reviews in Greece and abroad. The Last Drive shows in Athens continue to be a unique experience, while more and more provincial towns witness their live power. Touring abroad comes next. 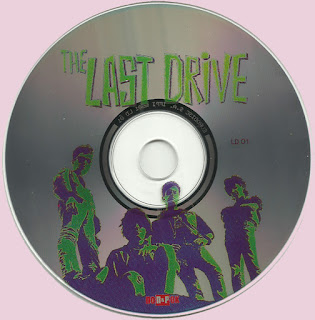