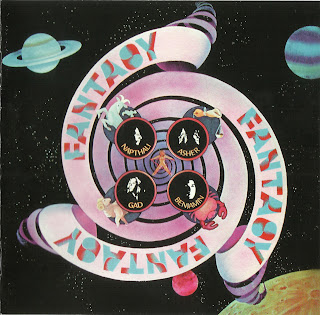 It was a time of peace signs, protests and tie-dye. It was 1967, the Summer of Love. Psychedelia was sweeping the globe and bands like the Vanilla Fudge, the Doors and the Jimi Hendrix Experience were on top of the world. Every major city had its own scene and in Miami the band on the rise was Fantasy.

Fantasy was formed in 1967 and was comprised of 5 teenagers, Billy Robbins (Lead Vocals). Bob Robbins (Bass). Jim DeMeo (Guitar), Mario Russo (Keyboards), and Greg Kimple (Drums). Fantasy started out playing at teen dances and graduated to performing at The Experience, a Miami underground hippie hangout. From 1967 through 1970 the band, led by its charismatic young singer Billy Robbins, was developing a following.

In 1968 The Experience closed its doors and morphed into Thee Image, a large converted bowling alley which featured the biggest artists of the day. Fantasy was chosen as the house band and every weekend they found themselves on the bill with the likes of Cream, Grateful Dead, The Doors, Steppenwolf, Iron Butterfly, Frank Zappa and Led Zeppelin to name a few. The bands regional popularity was soaring when tragedy struck. In the Summer of 1970, Fantasy's lead singer Billy Robbins disappeared.

Dates were postponed and then thirty days later, their worst fears were realized when Billy Robbins was found dead. Several months later the band began its search for a new singer, settling on a 16 year old female vocalist Jamene Miller. Where Billy Robbins was all charisma, Jamene was all talent. She got on board and the Fantasy train kept a rollin'. It was only a matter of months before the band signed a manager and hooked up with the Liberty/United Artists record label This album/CD, is the first and only true Fantasy album.

It is a pure and honest testimonial to its time. Unfortunately for Fantasy, egos, immaturity and questionable management fragmented the band. Where are they now? Fantasy lives on only in the music on this record.
by Greg Kimple 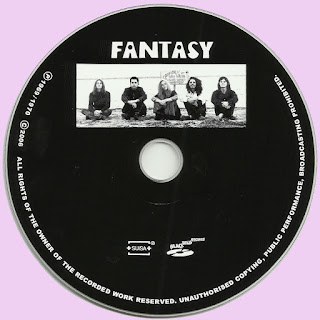