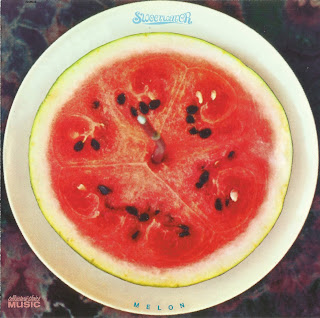 Sweetwater closed out their three-album trilogy for Warner-Reprise in 1972 with Melon It had been a brief but eventful run by a uniquely talented band with an even more unique sound, one which blended rock with Latin, classical, gospel, soul, jazz, blues and other elements into a mildly psychedelic brew which tastes even better with age. They also can be considered as a seminal "jam band" when they performed in a concert setting. As an interesting postscript to their career, the band were the subject of cable channel VH-1's first original made-far IV. movie, Sweetwater: A True Rock Story.

The band was one of the hardest working of the era, constantly in demand for live performance as well as television. Their star was on the rise and events were unfolding quite rapidly. "We were able to cross lines and span many genre chasms because we were nonthreatening in appearance," says bassist/vocalist/songwriter/ co-producer Fred Herrera today. "Advertisers were just starting to align themselves with youth culture, and we were not a hippie band that was hostile looking in their straight judgment. What was once a social youth force, was becoming an economic force. We were invited to perform at some colleges that were holding music teaching seminars, because we were not a 'standard' rock group, we were a rock band that they were able to stomach, playing classical instruments and arrangements.

Aside from having a girl in the band, we were also mufti-racial, well-mannered, and had all been to college." Keyboardist/vocalist/songwriter Alex Del Zoppo also comments that the band were able to appear on television bills that were, to say the least, unusually "establishment." "We got gigs across the board, sometimes via mainstream promoters. We were able to play the Hollywood Palace television show, hosted by Bing Crosby, the first show of the seasondefinitely middle America there. So, it went from that to playing with Frank Zappa down at The Cheetah in Venice, and then the next day we would be in Tucson with The Cowsills. and the following day opening for Eric Burdon and The Animals or at The Forum with The Doors, equally at home in each place."

In the midst of this, the band received a crippling blow in late 1969 when lead singer Nancy Nevins was critically injured in an automobile accident in Los Angeles. Alex Del Zoppo recalls the terrifying event "We had been doing a lot of television then, and one night the band had all gathered at my parents' house, which was in the back of my father's television repair business-a slightly different situation than depicted in the VH1 movie-to view one of our appearances. This was Christmas, 1969. We had just done Woodstock, and we were getting a lot of media attention. I remember that we were all there, waiting for Nancy to arrive, and then that call came in...

The few times the band tried to include Nancy after her accident, their standard stadium volume level overpowered her recovering voice. "After a while, we were compelled to audition female singers to fill in for Nancy, particularly on the road," says Alex, "but couldn't find the right one. I guess it was sort of like what American Idol is today; just 98% crap, and a lot of girls with very strange styles. We certainly got a lot of response, because we advertised it as who we were- 'Nationally known band with major label contract, etc. etc.,' but Nancy was amazing-it turned out that no one could replace her. She could really interpret, and be a different singer for our diverse songs. She was a natural, and you could see the intuitive creativity flow out of her. So we went on without her or a replacement and kept our fingers crossed."

The band's farewell album was co-produced by Wiley Brooks (also known as "The Cosmic Man") and Fred Herrera. "By this time," comments Herrera, "we weren't touring with Nancy, and we also were starting to realize that her voice wasn't getting any stronger. Our situation not only wasn't getting back to where it was. it also wasn't getting any better. As well, many of us in the band were making different contacts within the entertainment field, and seeing if there wasn't anything else out there for us." To be sure, Del Zoppo had done sessions as a keyboard player for Gene Clark {his infamous, unreleased 1967 solo album for Columbia), as well as The Beach Boys among others.

"Also." adds Fred, "by the time we got to the third album, there was some friction between various members of the band. Very often it was segmented, where we would each come into the studio at different times." "In the middle of all of this," Alex interjects. "Alan Malarowitz decided to quit the band. He was going off to get married, and decided that he didn't have time for it anymore. In the process of auditioning drummers, we had gone through all of these macho types, who would pound out every one of their hot licks. At the end there was this skinny kid with shades, who just smoked the place, and that turned out to be (future Beach Boy and Rutles member) Ricky Fataar. He listened, and was perfect!" Albert ( August In the studio The resulting album does have a somewhat fragmented feel, not unlike The Beatles' White Album.

Members "played" on other members' tracks, giving it a less than spontaneous feel and flavor than their ensemble performances. There are moments, however, where everything fell into place and sparkled, such as "Join The Band." Del Zoppo's all-out party piece, which was a statement to the audience as well as the musicians. The buoyant spirits of the track belie the dissent within the band and management. "We just felt as if we weren't going anywhere." says Del Zoppo with finality. After Sweetwater. the band members scattered.

Del Zoppo continued a career in music, recording and touring with acts such as The Beach Boys, Chi Coltrane, Eric Burdon and Johnny Tillotson. He continues to write and perform in his native Los Angeles area. Fred Herrera also has worked extensively, scoring music for films and television and freelance record production. In recent years he has served as orchestra contractor for Yanni and Michael Crawford, as well as becoming an excellent mariachi performer in films. TV and recording. In the intervening years, three band icons have passed away:  Albert Moore, whose vocal and excitingly animated live performances were legendary,- August Burns, whose influence grew exponentially on the band, and articulate drummer Alan Malarowitz. Oddly, the band reformed in the late 1990s, and enjoyed several seasons of shows which saw the revamped band in excellent form, despite the missing original members.

And although Nancy Nevins' voice is slightly faluesier then before, she's still a riveting performer and singer, adding a world-wise tone and authenticity to their classic material such as "Motherless Child" and some excellent new songs. One of the new songs, Del Zoppo's "Home Again." found a place as the closing track for 1999's excellent Rhino/Handmade collection. Cycles It was a fitting and comforting note to a truly unique story of a band who made some of the most adventurous music during a period where anything was possible, and often probable Sweetwater is a band that could have only happened in the 1960s, and fortunately for all of us, did.
by Matthew Greenwald and Harvey Kubermk 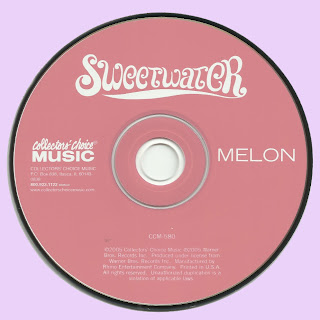 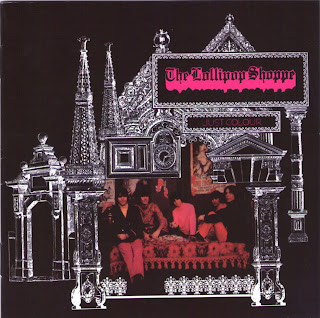 "You Must Be a Witch" by the Lollipop Shoppe was one of the most ferocious garage punk singles of the 1960s, a savage blast of paranoia and electric guitar that became a sought-after collectable among garage fanatics and one of the high points of the Nuggets box set. The tune was powerful enough that one had to wonder how a group so fierce would come up with a name as silly as the Lollipop Shoppe, and the truth is they didn't: they were known as the Weeds until their manager scored them a deal with Uni Records, who found their original moniker too outré (the marijuana reference didn't help) and saddled them something a bit more "mod."

The Lollipop Shoppe cut just one album, 1967's Just Colour, and "You Must Be a Witch" is easily the most hard-edged cut on the record, but if the Lollipop Shoppe don't hit quite as hard on the other 11 tunes, the material is strong enough to impress any fan of vintage garage or psychedelia. Fred Cole's vocals boast an emotional urgency and force that set him far apart from most of his contemporaries, and the band's blend of garage rock thunder, folk-rock melodies, and psychedelic introspection puts this in the same league as Love and the 13th Floor Elevators.

Within a year of releasing Just Colour, the Lollipop Shoppe were history, and years later Cole went on to front one of the finest bands in the garage punk underground, Dead Moon; this album offers a powerful early confirmation of his talents, and if Cole's music got leaner and more muscular with time, he'd already learned how to play rock & roll that was as urgent and heartfelt as anything you're likely to encounter.
by Mark Deming 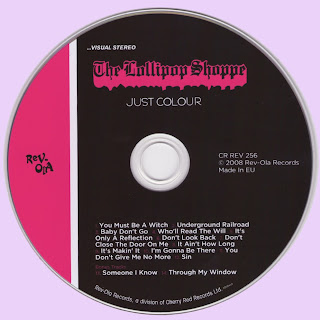 Free Text
Text Host
Posted by Marios at 3:06 AM 5 comments: