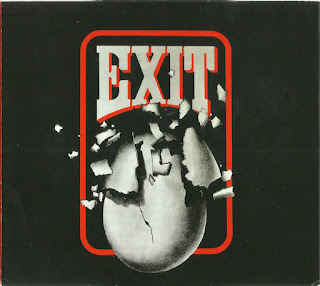 Exit emerged in 1972 in the Swiss Frauenfeld. The band around guitarist Andy Schmid and drummer Kafi Kaufmann was live very hardworking, played the opening act for Birth Control and Jane and published in 1975 their first and only, self-titled album on their own. The group existed until 1979'

Schmid and Kaufmann were then further musically active. Schmid died in 2001 when he suffered a cerebral hemorrhage during a performance of his band in Cairo. Kaufmann published from time to time solo albums to date.

Originally produced "Exit" in an edition of 350 pieces of the band, was first published in 1993 by Black rills Records as LP again. In 2008, the album was released there as a CD, extended by a handful of bonus.

Electric guitar, organ, synthesizer, bass and drums there on "Exit" to hear. Then there is the not terribly remarkable singing, for no one wants to show responsibility in the credits. The short Beihefttext of CD reissues but you can see that it is Andy Schmid, who can here mostly sounded his institution. That exit with the two above mentioned German bands on tour, had already indicated some of the music that had the Swiss offer. A dominated by the organ, herbaceous Symphoprog with slight Hard Rock bonds there on "Exit" to hear the partly quite reminiscent of the somewhat earlier productions of Birth Control and Jane. Significantly keys-heavy music of the Swiss, however, slightly jazzy and coated with a thin, easy-fuzzy West Coast flair. In addition, Pink Floyd tracks have in this music left (which, for some numbers of Jane applies).

For the Year 1975, the music sounds but quite dusty. Rather, one would tap the late 60s or early 70s. Protoprog is thus almost what play Exit here tolerably varied rock numbers, provided with some ausladenderen key deposits, swirling organ excursions, jazzy sprinklings, instrumental Jamabschnitten and subdued synth escapades ( "Talk Around"). The music is quite timid and behaved as if the band would dare to rock never really. Accordingly, the pace of the events offered rather slowly (only the introductory "Paradise" has a little more momentum), which does not necessarily increase the listener's attention (the reviewer). This is for awakened by the occasionally quite amusing pronunciation of English texts (especially in "Balade of live" - ​​what should probably be called "Ballad of life").

The subsequent numbers of very neat sounding, originating from various studio sessions bonus material are slightly jazzy and funky occasional also failed ( "Take a little more time"). With Gallus Bachmann Sax another tone comes in the music, while Martin Beerli to the latest pieces (tracks 7-9) enhances the jazz-rock direction of music with a lively electric piano (in addition to the organ and synthesizer classic progressively employed). "II" is a varied instrumental number with nice, sounding slightly Canterbury Symphojazzrock that makes quite fun. With "Clarinetto" then provides the band with a not quite to the rest matching Dixie Swing pun for a humorous conclusion.

"Exit" is a somewhat half-baked disc, but at least shows that you could make quite a decent Key Programming in Switzerland in the 70s. However, had bands like crocodile, Iceland, Circus, Welcome or Kedama but much more interesting in the offer.
by Adamus67 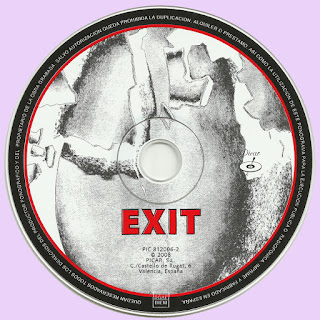 Free Text
Just Paste
Posted by Marios at 10:54 AM 6 comments: