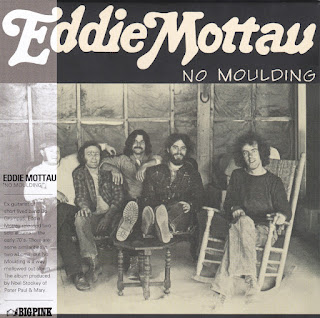 In June of 1974, Eddie Mottau rejoined John Lennon as a session musician on the Walls and Bridges album, then again in 1975 for the Rock N Roll recording sessions certified as Gold Records by the RIAA. Tracks from these recordings were then included on Lennon's certified Platinum compilation album, Shaved Fish.
In 1975 Eddie became friends with drummer/singer Bob Drew and bassist Jimmy Clark who were playing in a local band called Homegrown, which had a short history. However, the musical connection between the three of them continued and in May of 1977, Eddie and Jimmy, along with several New Hampshire friends, drove to Blue Hill, Maine for a week of recording in Stookey’s Neworld Henhouse; a live-in-studio 'no frills' rendering called «No Moulding».
The off-again, on-again musical relationship of Bob and Eddie re-emerged in the early 80's with the formation of the five piece Eddie Mottau Band featuring Ed on guitar and vocals of course and Bob on drums , vocals and harmonica. In 2001, Jimmy Clark joined the two of them for the recording of the Mottau, Drew and Clark debut album Dance For Love for Neworld Multimedia. This “backyard testimony” of original ballads and ragtime tributes was co-produced and mastered by Jim Mason, who called the three of them “seasoned veterans who handle the deep-pocket, laid-back grooves of ‘Hop Scop’ to the beautifully tender ‘Fell in Love Again’ with grace and ease that comes only to musicians with years of experience.”
Neworld 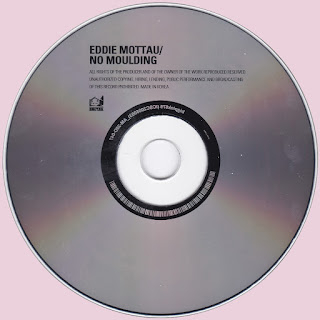