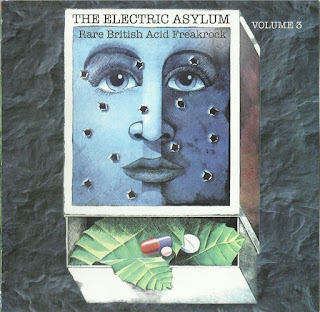 The title of this 20-track compilation might mislead some listeners to expect too much in the way of psychedelic music. Certainly there's some lingering influence from mod rock and psychedelia on this collection of early-'70s cuts.

But really, it's more pop than anything else, and arguably glam rock is more of a factor than mod psychedelia, even of the slightly retro sort. It's not a genre easy to pigeonhole or, one would think, to market. That hasn't stopped Past 'n' Present from dedicating a whole series to it, however, and this anthology is actually fairly entertaining and amusing on the whole, if lacking in killer songs and somewhat on the lightweight side overall.

Certainly it's not stuff you're likely to have encountered before; one look at the track listings will be enough to zap any "seen that, heard that" collector smugness you might have out of your system, with only Roger Ruskin Spear (formerly of the Bonzo Dog Band) and the novelty group the Barron Knights likely to be familiar names even to Anglophiles.

Occasionally the material is obviously derivative, if never quite annoyingly so. Part of M.A.S.K.'s "Gotta Get Away" can't fail to recall the Beatles' "Dear Prudence," for instance, while Shakane's "Rhona" sounds a little like a hybrid of "Honky Tonk Women"-era Rolling Stones and Creedence Clearwater Revival, and T. Rex is echoed on a number of tracks. But there are some quite cool more offbeat things here, like Spode's "Cincinnati Woman," which is an uncanny, eerie early-'70s update of Joe Meek's productions; 1984's weird and wobbly cover of the Syndicate of Sound's mid-'60s garage rock hit "Little Girl"; and Roger Ruskin Spear's predictably absurd, monstrous, heavy rock satire "Drop Out."

There are also some connections to much more familiar names in some of these tracks, like Wheels' respectable modish groover "She Don't Mean It," featuring Crispian St. Peters.
by Richie Unterberger 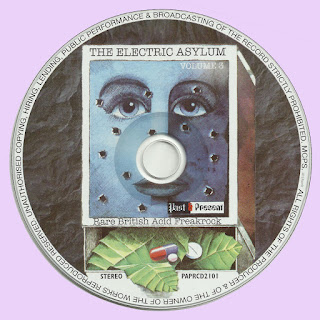