The Organgrinders - Out Of The Egg (1968 us, bright psychedelic sunshine flower pop with experimental mood, 2008 Bull's Eye digi pack issue) 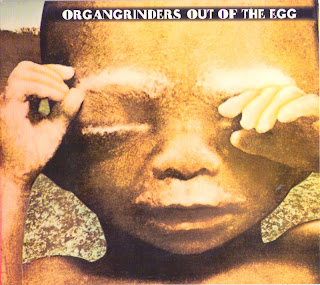 Up until this recording was completed, the Organgrinders were spending almost all the time in their hometown, Baltimore. But they came to the realization that if their message was to get to the people and that message is that there must be truth...honesty...peace -then they must meet as many people as possible.

So the Organgrinders have decided to become messengers, to travel the country in a brightly-painted 1954 Ford school bus, performing whenever and wherever possible. "We just want to offer our help the best we can in opening people's heads up to the truth.  Right now, what we know is to play music, so that's how we'll communicate - with our music”

A flower-pop quintet from Baltimore. Their to date unheralded album is a fine example of this genre. There are very few week cuts on it, but mostly bright and breezy pop with some delightful woodwind, like Shady Tree.  Most of the finer moments are the tracks: Halls Of Hours, New Day Holiday, Reach For The Sky and 8th Day In Heaven, although Smile For The Sun is also a gem.

Frank Eventoff had earlier been in The Seventh Sons. Nisan Eventoff, “With my four brothers, Richard, Franklin, Paul, and Maury, and with my parents, Joseph and Ethel Eventoff, we had a music and magic show.  We called ourselves The Seven Evens and our theme song was called The Magic Genie. We all studied at the Peabody Conservatory of Music and had scholarships". “I am the youngest, then Richard (he played stand up bass), Frank (woodwinds), Paul (drums) and Masiry (piano). Mom still plays piano at 93 years ofel. Dad played piano, violin, mandolin and danced. He passed away when I was 14”.

On The Organgrinders Nisan tells us, “Frank played woodwinds, flute, sax, and he also invented several instruments that were used. Frank and I did most of the lead vocals, however the whole band sang. Henry also sings Honey Bee on the album. After the Organ Grinders we formed a “gypsy rock” band called Romany. We sent demos out and Mercury was interested as were a few others including Decca. Maury, my oldest brother called Bob Reno who was head of A & R at Mercury and convinced him we were the next Beatles. They signed us and we ended up as opening act for many name groups. We played at colleges, clubs, arenas, Strawberry Fields Festival and did some T.V. and movie work. We stayed together for 15 years. At my moms 90th birthday, we all played together, it was great! Nowadays Nisan is a professional magician, balloon sculptor and musician. 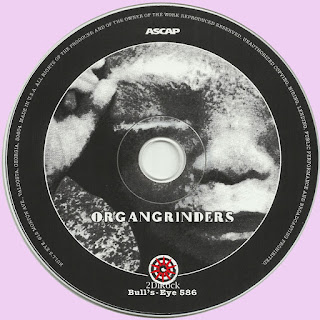 Various Artists - Fading Yellow, Vol. 6 (1966-70 us / canada, another rich smorgasbord of timeless pop-sike and other delights) 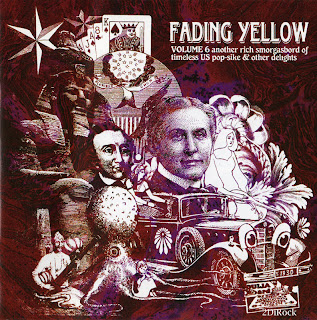 Fading Yellow returns to the US (and Canada) for Volume 6 after visiting the UK for a couple of volumes (Fading Yellow Volume 4 Timeless UK Popsike & Other Delights and Fading Yellow Volume 5 - Gone Are The Days). Like the companion compilations, Volumes 2 and 3, Fading Yellow Volume 6 combines together some obscure 1960s sike-pop, and while this volume doesn't seem as consistent as the previous two, there's still plenty of obscure gems to keep us interested.

Things start out shaky with two tracks from Canada (The Five Shy's Try To Be Happy and The Unforscene's These Are The Words) which didn't do much for me.

It's not until the third track and Lynn Castle's pensive Rose Colored Corner where she gets help from Last Friday/s Fire that things get going. Lynn Castle was a songwriter who co-wrote (with Wayne Erwin) Teeny Tiny Gnome for The Monkees. This song as produced by Tommy Boyce & Bobby Hart was left off of The Monkees' second album, 1967's More of The Monkees and was not issued until The Monkees' Missing Links Vol. 1 came out in the 80s. Rose Colored Corner was her own release in 1966 on the LHI Records label along with a tune called The Lady Barber, both produced by Lee Hazlewood. This single is a lost hazy gem of femme fuzzed sike-pop.

Hank Shifter's Saturday Noontime was a Jeff Barry production for his Steed label. It was amongst a bevy of sides Jeff Barry worked on all released on Steed inspired by Neil Diamond's success along with the likes of The Rich Kids (with Danny Belline), Keepers Of The Light (featuring Alzo Fronte), and even the Alzo & Udine album. Saturday Noontime typifies that great sound Jeff Barry was evoking from his artists.

The Scene's Scenes From Another World was released on a BT Puppy single and has recently appeared on Rev-Ola's Night Time Music: The BT Puppy Story, as well as Hen's Teeth Vol. 3 Catherine on the Wheel Psychedelia Memories Vs. the Great Ramses in His Egyptian Temple of Mysteries. This track has a group out of Montreal working with The Tokens on a whirling sike-pop number that has definitely earned its compilation rights.

Bob Dileo recorded some interesting records under his own name and as The Giant Jellybean Copout. Here we hear Bob Dileo's Band in Boston which has a Mark Eric / Fifth Dimension / Jan & Dean kind of groove to it that is fantastic.

Geoffrey Stevens's Grape Jelly Love has a great Harold Battiste arrangement and a sound that reminds me of Paul Parrish's Forests of My Mind - too bad it was relegated to a b-side (to Geoffrey Stevens' Do That Again, not included here). The tune was a York Pala Production (Brian Stone & Charles Greene), the same company Cher recorded 60 songs for, who also worked with arranger Harold Battiste. Harold Battiste had moved to LA from New Orleans where he became musical director for the Sonny & Cher Show later in the 1970s.

Other New Yorkers tunes have appeared on the Northwest Battle of the Bands compilations, but here we hear the wonderfully cheerful Land of Ur which isn't nearly as hard rocking as this future Hudson Brothers group probably would like to be remembered. In fact, it's almost like a lost Kinks' tune.

The Whether Bureau's Why Can't You And I was the a-side to a Laurie 45 from 1968 that was arranged by Al Gorgoni and has a dancing melody line that veers in and out of the harmonies and broken rhythms.

The Highly Successful Young Rupert White by the Chocolate Tunnel was a Gary Paxton production which was later used by Eternity's Children on their tune Rupert White by simply adding new vocals to this backing track. This kind of thing happened a lot in the 1960s (like for instance the two versions of Me About You by Gary Lewis and the version by original songwriter Garry Bonner which both had the same music but different vocals too).

The Sunshine Trolley's Cover Me Baby is an obscurity featuring David Gates from Bread, music by Fred Karlin, and lyrics by Randy Newman from an obscure late 60s movie called Cover Me Babe (aka Run Shadow Run). This 45 version of the theme song came out on the Trump label in 1970 and it definitely has that sweet soundtrack vibe.

The Don Meehan Project featured actor Don Meehan who gives us My Silent Symphony which has an urgent sound like it so easily could've been a hit like the best of The Peppermint Rainbow.

The song Don't Take The Night Away was released by Pleasure featuring Billy Elder and it has this echoey lead vocal which reminds me of British 60s pop and a lovely piano and orchestated backing.

The Rainy Daze release Fe Fi Fo Fum (aka Blood Of Oblivion) was a release by the same group who released That Acapulco Gold (which later appeared on their Uni LP). The Rainy Daze were signed by Phil Spector to a management deal and Fe Fi Fo Fum sounds like it could've been a lost Monkees' track (and it was not featured on the Uni LP).
by Patrick, (Gull-buy)  December 28, 2004 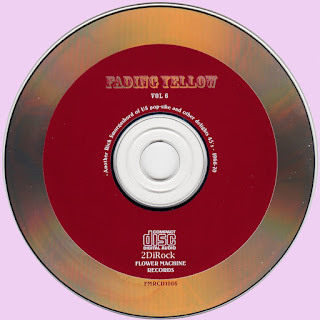 Free Text
Just Paste
Posted by Marios at 7:26 AM 7 comments: