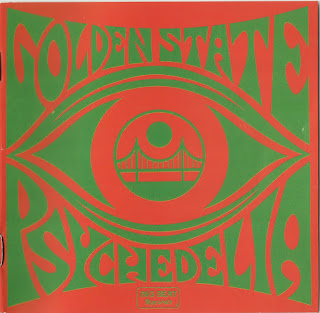 When it opened for business in the autumn of 1965, Golden State Recorders was the first large Hollywood-style studio inSan Francisco, with a brand new solid-state board and an expansive main room, perfect for replicating the ambience of the psychedelic ballrooms. Indeed, founder and chief engineer Leo de Gar Kulka had begun offering his services right as the Bay Area witnessed the explosion of its own well-documented rock scene, and thus during its first few years Golden State was the local independent recording venue most frequently visited by the city’s new breed of musician, along with the hordes of attendant A&R men hopeful for the next big thing.

Golden State hosted some of the most genuinely trippy and experimental rock recording sessions held in San Francisco in the late 1960s, but Kulka could not keep his large facility going on bookings alone, and so he also used the studio to attract talent that could be secured to a contract and sold on to labels. Reflecting the prevailing atmosphere in the Bay Area, much of what Golden State recorded under its own production umbrella had a frisson of psychedelic fancy, and at this juncture some 50 years hence, recordings deemed failures at the time are now collectors items, or certainly worthy of a second look, as “Golden State Psychedelia” amply demonstrates.

Some of the earliest and best-loved releases in Big Beat’s “Nuggets From The Golden State” series were based on repertoire from Golden State Recorders. This latest instalment continues to celebrate the studio’s legacy, restoring material from deleted volumes, as well as exhuming more psychedelic gems from the GSR vault. Since Ace Records acquired the catalogue in 2006, we have had the opportunity to revisit the tapes, this time with a fine-toothed comb.

Therefore, aside from rare singles by the Tow-Away Zone and Seventh Dawn, “Golden State Psychedelia” is comprised wholly of material that did not see release at the time, and was all recorded between 1966 and 1971. Highlights include the commercial pop-psych stylings of the Bristol Boxkite, Carnival and Ticket Agents, the punkadelic Goody Box and Immediate Family, and some outrageous studio experiments by Magician and the Gants. With full details on the participants contained in the liner notes, “Golden State Psychedelia” is a package no fan of this entrancing genre will want to miss.
by Alec Palao 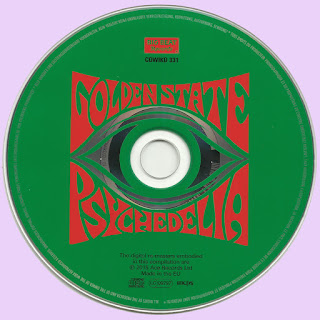 Free Text
Just Paste
Posted by Marios at 4:30 AM 19 comments: