The word underscore comes to mind when I hear Pearls Before Swine. Here lies a wooden expression lightly fused with jazz tempo, but solidified exoterically with remarkable poetry, the ultimate impression of Tom Rapp.

Tom got it together quite early when he recruited high school friends Wayne Harley (banjo, mandolin), Lane Lederer (bass, guitar) & Roger Crissinger (piano, organ) as Pearls Before Swine. Tom a folk nurtured disciple was strongly influenced by a group of beat poets called The Fugs which gave rise to Pearl Before Swine's EP styled 1967 debut One Nation Underground that reflected mysticism, solitary love and protest.

The controversial "Miss Morse", spelled out an obscenity in code while the opening "Another Time" was sheer angelic tears. Largely an experimental album with varied sounds, the real strength of the album was its hippy sincerity ("Drop Out") and un- pretentious avante -garde message. With tears in my eyes I have rarely heard anything this beautiful ("Morning Song"), it pierces heart and cleanses the soul.

Rapp stated that Stardancer was the first album since the first Pearls album One Nation Underground over which he had full control. The fierce anti-war song "Fourth Day of July", with its references to "the broken children of Vietnam", was widely played in "underground" circles of the time. The lighthearted "Summer of '55" contains some of Rapp's cleverest aphorisms, such as "When the day breaks / the pieces fall on you".

Two of his other songs, "Stardancer" and "For The Dead In Space", reflect on themes of loss against a background of space travel and can be seen as reworkings of Like most of the Pearls Before Swine albums, the sleeve design used classic art works, in this case the painting "Descent of the Rebel Angels" by Pieter Brueghel the Elder on the front sleeve, and a William Morris background design on the reverse.Pearls Before Swine's earlier "Rocket Man". 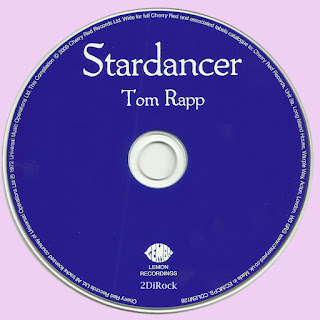