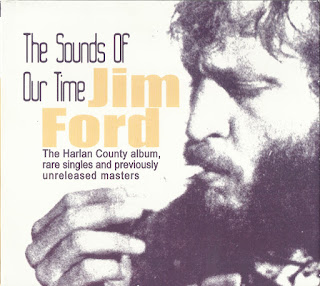 In the liner notes to cd reissue Sounds of Our Time Nick Lowe describes Jim Ford: “Jim Ford’s reputation was not the best. He told a lot of terrible stories and he used to bend the truth a bit. I think deep down he was no rock star, but he noticed people provided him with money when he pretended to be one. Many people who financed his career probably got disappointed when Ford didn’t care to live up to their expectations. He took a lot of people for a ride….I’d never seen anyone use cocaine before I met Ford. Wherever he went there were also illegal substances around. Ford was unreliable and from time to time he disappeared. We were surprised to find what kind of people he seemed to know in England. One time when he got back he had stayed with the blonde bombshell Diana Dors and her gangster-type husband Alan Lake!”

Nick also added this, “When Jim walked off the plane he wore a big Stetson, rose-tinted shades and jeans with creases and round-toe cowboy boots. I’d never met anyone like him before. Ford was the real thing, he was other-worldly and very charismatic. He turned up with a $3,000 guitar, an astronomical sum for 1970, but it seemed he could barely play it, and yet it was so mean, the way he hit that thing. He was totally unimpressed by us (Brinsley Schwarz), but he was making the best out of a bad job.”

Jim Ford meant a lot of things to a lot of different people. Sly Stone claimed Ford was his best friend, Nick Lowe name checks him as a major inspiration, and British mod band the Koobas recorded an entire album of Harlan County songs (The Koobas even went as far as to change their name to Harlan County). His unique brand of country-rock-soul-funk has proven to be original and very influential.

The Harlan County LP was released by White Whale in 1969 and is evenly divided between covers and Jim Ford originals. Most people single out the title track and “I’m Gonna Make Her Love Me” as highlights, and they are great slices of hard country funk. “Harlan County,” the title track, has a nice horn arrangement, crisp, driving acoustic guitars, female backup vocalists and a great beat – it’s another lost gem. But for me Ford’s fuzz guitar arrangement of “Spoonful” is really stellar and the superb country soul ballads “Changing Colors” and “Love On My Brain” make the album what it is today – a unique record in the country-rock canon. Ford’s main strength was his songwriting ability but he’s also an underrated vocalist with real southern grit and soul. There is nothing like Harlan County, the LP is mandatory listening for fans of 60s American rock n roll and country-rock.

You wanna hear his music? The best reissue to get a hold of is Sounds of Our Time by Bear Family Records (2007). This disc has the Harlan County LP in its entirety, rare pre-lp singles, and excellent outtakes that are in more of a country-rock vein. For an example of this, check out the slow version of “Big Mouth USA” and the title track. Both tracks are outstanding pieces of Americana that sound very similar to the Band’s best songs on Music From Big Pink.
by Jason Nardelli 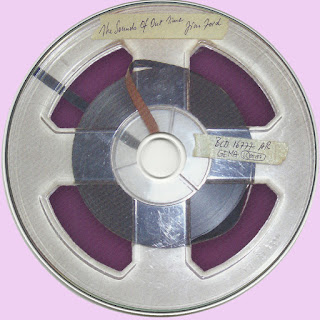 Free Text
the Free Text
Posted by Marios at 4:47 AM 6 comments: