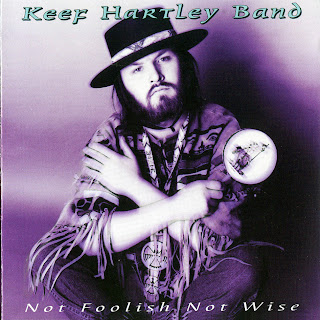 Recorded at the BBC Studios, London, England between 1968 and 1972 and issued in England in 1999, Keef Hartley's Not Foolish Not Wise is, apparently, a compilation of sorts of old live recordings and some from the studio. What is maddening is that apart from a personal reminiscence by Neil Slaven that covers some of Hartley's career, there isn't one iota of information -- other than titles and songwriting credits -- as to when or where these recordings were made, or even who played on them.

One can deduce with a degree of certainty that many of these recordings were live gigs featuring outtakes and alternate material from the Halfbreed era that included the four-piece horn section of Henry Lowther (trumpet, violin), Harry Beckett (trumpet), Lyn Dobson (tenor sax, flute), and Chris Mercer (tenor sax), with Hartley on drums, the late bassist Gary Thain (formerly of Uriah Heep!), Dino Dines on keyboards, and Miller Anderson (who also served as vocalist) and Spit James on guitars.

Some come from a later edition of the band with only two horns. The music is rooted deeply in the progressive blues of the early '70s, where the influence of John Mayall's Jazz Blues Fusion project was just making itself known. But Hartley's band was deeper into a more raucous form of blues and R&B than jazz, though the horn charts are fairly sophisticated, as evidenced by the title track, "Marin County," "Too Much Thinking" with its subtly shaded trumpets shimmering over the saxophones, and the slippery funk groove of "Don't You Belong," driven by Thain's bass thud and punched up by the horns Famous Flames style. Given that many of these are live cuts and the rest are outtakes, the sound can be a tad muddy, but it only adds to the overall presence of the music.

Despite the dodgy omissions in credits, this is a vital and thoroughly engaging release, capturing a band at the stellar height of its power both live and in the studio. As Slaven put it in his liner notes, this "was a no nonsense band that played no nonsense music." Recommended for anyone ever interested in Hartley or in the evolution of British blues.
by Thom Jurek 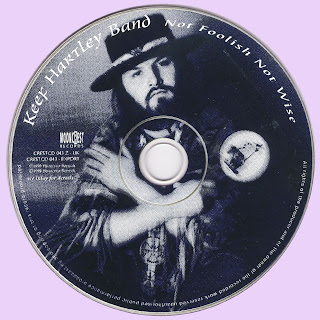 Free Text
Text Host
Posted by Marios at 9:33 AM 9 comments: