Country Joe And The Fish - Together (1968 us, magnificent acid folk psych rock, 2005 remaster) 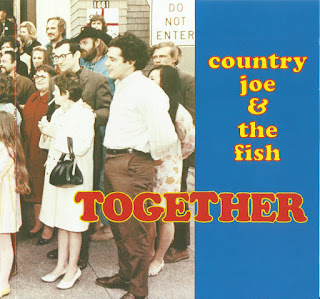 Together, Country Joe & the Fish's third album, was the group's most consistent, most democratic, and their best-selling record. Unlike their first two albums, which were dominated by Country Joe McDonald's voice and compositions, Together featured the rest of the band -- guitarists Barry Melton and David Cohen, bassist Bruce Barthol, and drummer Chicken Hirsh -- almost as prominently as McDonald.

That's usually a formula for disaster, but in this case it gave the album more variety and depth: McDonald tended to favor droning mantras like the album-closing "An Untitled Protest," which worked better when contrasted with the likes of Melton's catchy anti-New York diatribe, "The Streets of Your Town," and the group-written "Rock and Soul Music." Songs like the latter cast the group as a soul revue, true, and they couldn't quite pull that off, but Together had the charming quality of unpredictability; you never knew what was coming next.

Unfortunately, what came next in the band's career was a split. Barthol was out by September 1968, Cohen and Hirsh followed in January 1969. Thereafter, McDonald and Melton fronted various Fish aggregations, but it was never the same, even when this lineup regrouped for Reunion in 1977.
by William Ruhlmann 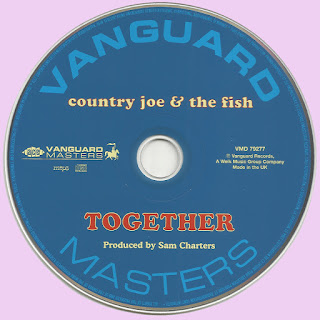 Free Text
Text Host
Posted by Marios at 6:52 AM 3 comments: