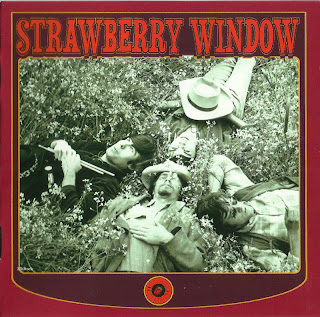 Strawberry Window hailed from the San Francisco Bay Areas East Bay music scene in the mid 60’s and were truly one of the “early birds” and innovators who made their own distinct brand of Rock ‘n’ Roll.

They played in a heavypsychedelic- garage style, sounding somewhat reminiscent of the Jefferson Airplane, (early) Mad River, Buffalo Springfield, Quicksilver Messenger Service and Frumious Bandersnatch. These previously unreleased recordings have survived for the last four decades in a box on a shelf in a band member’s closet. Meticulous care and detail has been taken to master these recordings with a fresh, open approach, while ensuring that the sound and integrity of the vintage songs remained intact.

The amazing music of this guitar based quartet ranges from catchy electric folk tunes and “West Coast” garage rock to raw energetic acid jams lasting over 10 minutes. You’ll be impressed by the great stereo sound quality throughout their ten original cuts not to mention their freaky cover version of J D Loudermilk’s Tobacco Road. It’s an out right shame that this talented bunch were not signed to a record deal back then.

Then again, that’s okay with us because it has allowed World In Sound the opportunity to proudly present for the first time ever, the music of and the history behind this talented group of songwriters and wild performers known as the Strawberry Window. The Strawberry Window CD and LP releases contains 65 minutes of intense but melodic performances and also comes with a 16 page color booklet that will take you on a trip back to the halcyon days of the Summer of Love.

In 1968 they switched guitar players, added a girl singer and changed their name to the Dandelion Wine. They recorded several songs and also released a private pressing of a 4 song 7 inch EP. Truly a masterpiece!!!
World In Sound 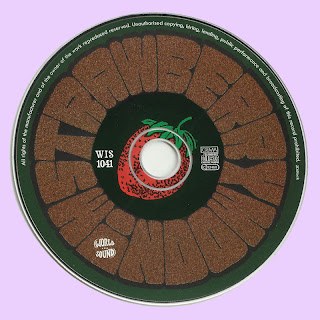 Free Text
Text Host
Posted by Marios at 11:57 AM 7 comments: 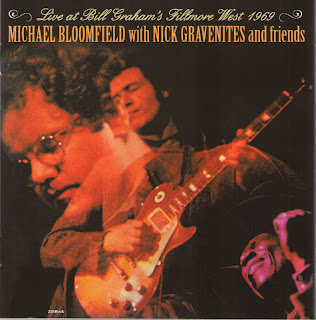 Let's see if I have this straight---Sony/Columbia Legacy saw fit to let two of these performances ("It Takes Time" and the incandescent "Carmelita Skiffle") turn up to round off their excellent Michael Bloomfield overview ("Don't Say That I Ain't Your Man," in 1998) but not to let the entire original album (released in 1969), plus the performances that were saved for Nick Gravenites' "My Labours," see the light of day once more.

Leaving it to Australia's Raven label to do what should have been done long enough ago. Considering Legacy's diligence in its "Roots 'n' Blues" series and with much of the Bloomfield canon from his Columbia years, that omission should be considered a crime. That said, thank Raven for its own diligence and for producing a set that presents everything Columbia recorded (save "Winter Country Blues," omitted for space reasons but still alive and well on the reissued "My Labours") the 1969 weekend Bloomfield, Nick Gravenites, and a few of their regular musical partners (including Bloomfield's former Butterfield Blues Band teammate Mark Naftalin on piano, his "Live Adventures" bassist John Kahn, his soon-to-be-frequent drummer Bob Jones, and erstwhile Electric Flag baritone saxophonist Snooky Flowers) commandeered the Fillmore West for some freewheeling blues and soul jamming.

Concede the point that this isn't exactly "Super Session Mk III" (and not just because organist Ira Kamin is no Al Kooper, though he's quite tasteful and sinuous in his own right), and you have one of the most powerful documents in the Bloomfield catalog. The horns and the Gravenites voice may deceive you into thinking this was a kind of projection of what Bloomfield ultimately wished the Electric Flag to have been, but this music is far more tightly grounded in blues and soul than the eclectic (and ill-fated) Flag, and these musicians, whatever their individual inclinations, are most at home in those two neighbourhoods.

Gravenites has rarely been heard in better or more soulful voice, even when it cracks now and then; Kahn, Jones, and conga player Dino Andino play as though they'd been welded together for years; Naftalin and Kamin are as supple a keyboard team as you could ask without stepping on each other's corns; and the horns---Flowers, Gerald Oshita (baritone sax), Noel Jewkis (tenor sax), and John Wilmeth (trumpet)---sound as buttery and exuberant as the tightest sessions of the Memphis Horns.

And Bloomfield? He gives more than enough evidence of what Al Kooper hoped to isolate with "Super Session" in the first place: catching him when he could just forget everything except playing his heart out, from the kickoff lick to "It Takes Time" (boy, did he never forget what Otis Rush among the other Chicago masters taught him as a teenager hanging around the classic southside blues clubs) to the last notes of "Moon Tune." And just about all points in between. If you missed out hearing it on "Don't Say I Ain't Your Man: Essential Blues, 1964-69" (it's since gone out of print), here's "Carmelita Skiffle"---the original vinyl release closer---and Bloomfield plain rollicking, practically squeezing everything he'd learned about and felt about the blues into one incendiarily melodious solo, before handing it off to Jewkis for a smooth saxophone break and Kamin for a soaring organ solo, before returning with an exclamation point of a coda.

In between? "Oh, Mama" is a Bloomfield composition, the kind of soul he'd begun exploring in the Electric Flag, and while the music is exquisite Bloomfield as a singer was a virtuoso guitarist. With Gravenites extending his breather, Jones takes a surprisingly solid vocal on the Arthur Conley chestnut "Love Got Me" (and you thought all Conley was good for was "Sweet Soul Music"). With Gravenites returning, "Blues on a Westside" lives up to its mini-legend as a wrenching jam, with Bloomfield absolutely soaring. Taj Mahal joins up for a throbbing "One More Mile," and Gravenites' "It's About Time" could be said to live up to its title, working blues into a James Brown-like groove in a more freewheeling style, guitar and piano wrestling each other's chords deftly and riding the rhythm smoothly, Bloomfield firing off a few horn-like bursts to set up his solo statement.

And the "My Labours" additions? All of them Gravenites compositions, the one that's most likely to stick in your head is "Gypsy Good Time," what they used to call funky blues, punctuated sweatily by Willmeth's trumpet phrases and Andino's rolling secondary rhythm, with the full band cutting a deep and wide groove over which Gravenites sings exuberantly and Bloomfield peels off a fiery, melodious solo.

It's a shame the compilers found no room for "Winter Country Blues" but chose to fill out the available space with "Mary Ann," a quartet performance (and a good one) from "The Live Adventures of Mike Bloomfield and Al Kooper," which is actually a good introduction to that set if you don't have it yet. Just why the new compilers saw fit to include that as a bonus track isn't made clear. But it shouldn't distract you from the power of the main attraction.
Blues-Duke 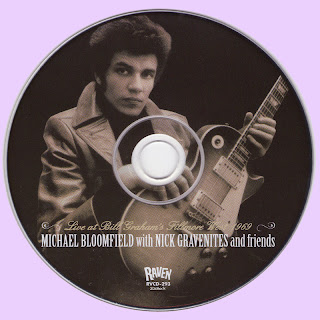