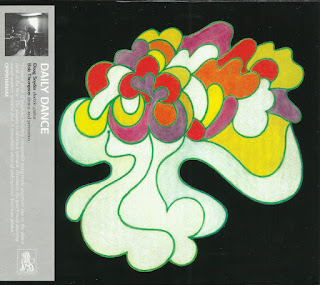 Less often than not, a sound recording will reach your ears that turns speculation into confirmation and leaves you wondering if it all really happened. TWS is usually the case when the bold soul finds itself face to face with the Daily Dance. The unlikely town of Washington Court House, between Columbus and Cincinnati in southern Ohio, was obviously the atmosphere needed to generate a document of such solidarity and perspective.

Snyder and Thompson were a guitarist and drummer respectively, and this is their vibratory postcard from nowhere. This duet has nothing to do with anything that has gone before, as even today it seems to dodge categorization. To the unseasoned ear, it might initially sound like a dilapidated cathedral of noise, but upon closer investigation you begin to realize the lack of pretension and sheer dazzle of its being.

The duo tear through seven "songs" with titles such as "Time Overlaps Itself," :'Soul And Universe" and "Truth Is A Pathless Land.'' They generate waves of energy through cascading feedback squall and drnrnbo bash and shimmer. A few tracks will start with something vaguely resembling a "groove," before they quickly deteriorate into their lonely Buckeye din. Daily Dance has much more in common with '90s groups like Fushitshusha or the Dead C than anyone operating in the US in the '70s.

Ya Ho Wa 13 and the likes included. This type of recording eventually achieves a sort of religious quality, where what was only thought of as a possibility becomes an undeniable reality pressed into a dark black circle of wax. An adventurous outing to say the least, and one that could only exist within the private press cosmos. Carefully repackaged and remastered by Cantor Records and Lion Productions, a greater andience now has the opportunity to reach what are indeed New Frontiers.
by Dante Carfagna, January 2009 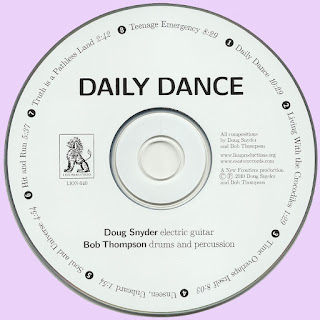