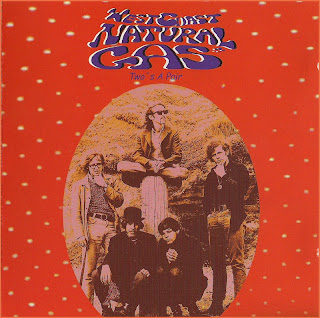 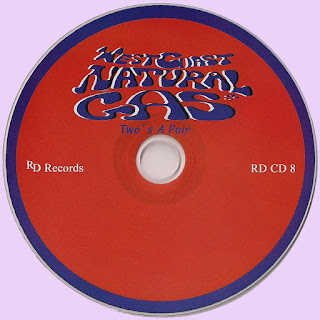 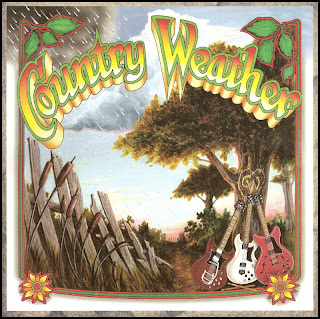 Welcome to Country Weather, "a chaos that once in a while generated perfection and on ocassions intense frustration”. The band came out of the suburbs of San Francisco in Walnut Creek. Like the English bands, when they went on stage it was a "battle of the bands". It was in an era when actual "battle of the bands" were being staged and the audience actually voted.

Nothing probably motivated Country Weather more than when they felt they were being short changed, not appreciated or underestimated. I think I enjoyed them the most when they had that little extra motivation along with a nice touch of anger. In those moments something incredible could crawl out and would amaze, who? Themselves! That was the simple magic of it all. For my money (which is extremely prejudiced) they rank as one of the greatest live on stage bands of their era (and they never got the proper credit.) I often said that if you could see them 10 nights in a row you could then begin to grasp just how far out on the wire they could walk.

They could jam and improvise with the very best. Many of their classic songs "Carry a Spare", "Fly to New York" and the Blues Project's "Wake me, Shake Me" were just mini stages to launch wonderful improvised jams. Everything being equal I can't name a bay area band that could compete with them. Their set lists, like their influences and personal tastes knew no musical boundaries or definitions, it was everything from Country to Blues to Psychedelic to Rock and everything else in between.

I will never forget the first time 1 saw them and they played a perfect absolutely beautiful, rendition of The Beatles "Lucy in the Sky with Diamonds". Nobody really touched "Beatle Music" then, nobody!! You could close your eyes and you swear it was actually the Beatles playing. They had so much respect and feel for them. Country Weather were an amazing coincidence coming from Walnut Creek staring up at the alter of the San Francisco music scene and wanting to be a part of it and later becoming part of it. When it came down to challenging themselves to be the very best, there was no band in the bay area to compare.

They were haunted by such high standards, which so rarely achieved, created immense inferiority at times that I think it probably held them back sonic. As the Who said, Country Weather could "see for miles and miles and miles" and were hardly ever satisfied with their playing and when they played they would go all-out to outdo their previous performance and that is what made them such a great band. I believed in these four people more then they can ever know.

I viewed the "Whole" and communicated my vision while they sat on the inside and communicated theirs, it was a perfect match. They got no easy breaks. At the Fillmore they played with the very best. 1 remember when they played with Jeff Beck, holding our own, sitting in the dressing room knowing, very simply, this was a "Battle of the Bands" (Jeff Beck, Rod Stewart, Ronnie Wood and Mickey Waller) versus Country Weather, nothing more, nothing less.

For me it was scary and unacceptable to hear Bill Graham respond (after I got Country Weather on a week-end long Jeff Beck Group show)"Beck is a cunt". I remember Greg Douglass had just brought over the "Truth" album to hear "Beck's Bolero". Yeah right, Bill, "he is a cunt". Graham my mentor I don't think so. At that point, believe it or not. 1 realized Bill had no clue about real rock music. Me even hated The Rolling Stones then, his roots were Latin and blues and ho lacked any feel for "in your face rock", period! I don't know if I made mistakes (shot too high) but I do know this.

Till this day 1 will never forget when suddenly the beast would awake and take you to a place not imagined. They could never predict it, but just like me; once in a while they were the best they could be. Can anyone ever ask for more man that? I want to end with this. I really like the album cover it's very cool, very pretty, but, maybe a little too peaceful though because, Country Weather always had the threat of a thunderstorm or even a tornado lurking somewhere. As I told Mike Somavilla from day one I just want a collection of music that the band and I can be proud of. I don't think that it is really possible from everything I have listened to.

The Church Tapes certainly, the Sierra Sound Labs recordings? Those were never meant to be released; I only made those up to get them some gigs. "Fly To New York" was just in its infancy then and it was pretty much the same with "Carry A Spare" too, but is something from "this magnificent ghost" better then nothing, you bet! Can everyone agree to what's in and what's out? Probably not but, that is Country Weather.
by Bob Strand 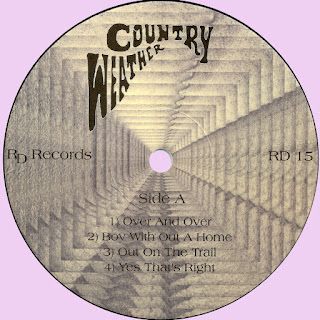 Free Text
Text Host
Posted by Marios at 5:47 AM 8 comments: