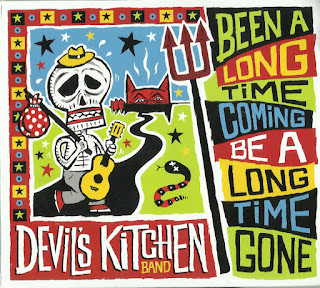 Back in the 1 960S, Carbondale, Illinois was a lively college town. There were
lots of local bars that featured live rock bands. If you were a student, a rock 'n roll musician, and, you had a gig at one of those bars, you could cover most of your college expenses - tuition, books, room & board - playing once or twice a week. Students would often spend an evening drinking and dancing to live music after heading out to their favorite local road house. It was the dancing that set the tone, the drive, and it got folks up on their feet. Motown, Memphis, Soul, Blues, and the occasional grungy rock & roll cover tune filled the night air in funky road houses.

Discovering new music by British bands like Traffic, The Who, The Yardbirds, and eventually American groups like Jefferson Airplane and Butterfield Blues Band, rarely heard on top-forty commercial radio, after a while started making the bar gigs feel more like... work. And fanning desires for better, hipper, more artful scene were. tales told by friends and lucky classmates returning from school breaks and summer adventures in San Francisco.

The rock band; that became Devil's Kitchen began in Carbondale in 1967. Robbie, Brett, Steve, and Bucky, a 16-year-old bass player still in high school, started a band they called *OM", after the sacred cosmic Sanskrit syllable. The group planned to migrate to San Francisco at the end of the 1967-68 school year and join the party in progress, but unfortunately for Bucky, his parents said "No!". A Southern Illinois University design student then studying with the other Bucky (University Professor R. Buckminster Fuller) would be soon be graduating, so then Bob joined the group as the new bass player.

Driving west in a vintage VW Bus and arriving in San Francisco in June of 1968, band *OM" soon found there wets three other Bay Area bands already tuned in to the same cosmic vibe and featuring names like Om, Aum, or Ohm. So "OM" decided to name themselves after Devil's Kitchen Lake, a popular weekend retreat just a few miles outside of Carbondale. Devil's Kitchen had come to San Francisco well prepared, with dozens of compelling, original songs and arrangements and a level of musicianship that was up to the high energy demands of the San Francisco rock scene. They very quickly joined the legendary Chet Helms' Family Dog Productions as the "house band" at The Great Highway ballroom, and evolved into a killer psychedelic jam improvising those extended, dynamic, layered, energetic performances that were in tune with the San Francisco hippie scene.

Far out! Groovy! Wish you could have been there! If you were there ... Hello, old friend!
Enjoy this live blast from the past.
CD Liner Notes 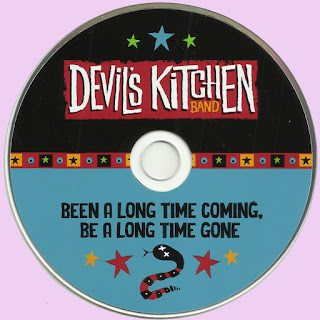