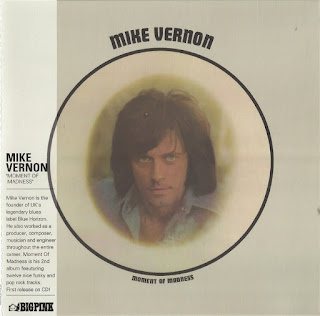 Second solo album for Mike Vernon, released for Sire records and not by his own label. "Moment Of Madness" was recorded in Oxfordshire in England during the spring in 1973, and revealed on record stores later the same year.
Slightly different from his previous release, more hard funky sounds (sometimes reminds me "Gold Plated", by Climax which came out couple years later and was also produced by Mike Vernon). There are some Bluesy tones and of course a cast of prime musicians. Alls songs were written by Mike and Vie Vernon. 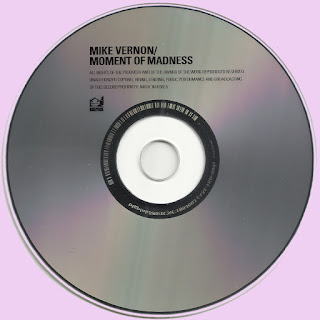