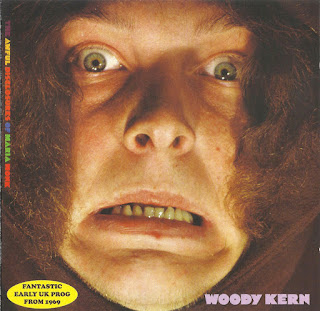 Woody Kern had its beginning with trio Rik Kenton (who was the focal point during live performances), Mick Wheat and Steve Harris forming the band in 1967 in their hometown of Nottingham. As the pivotal figure, Kenton was often mistakenly identified as the mythical 'Woody' by individuals in the audience at gigs as well as promoters. Later that year, John Sanderson was invited to join the group and the foursome played the Working Men's Club circuit in the Nottingham area.
Their music was a mix of blues, jazz, soul and psychedelia. At the beginning of 1968, after the previous year's psychedelic 'summer of love', recording labels were looking for blues bands to sign. The British Blues Boom was considered the next big thing about to happen in the music world. Woody Kern would travel down the M1 to play at the Marquee. Spotted there at a gig one night, Birmingham agency, Inter City Artists, offered to represent them.
The agency, with other artists such as the Velvet Fogg in its fold, presented Pye records with a package lot of groups that the agency represented, including Woody Kern for recording purposes. In the summer of 1968, Pye requested an album from the group. The album title "The Awful Disclosures of Maria Monk" was inspired by a book of the same name published in 1836 and written by a nun (or, as has been attested, her ghostwriters) describing forced sexual encounters by the priests who lived in the seminary next door.
The original album cover concept, as conceived by Pye, involved a 'nun' (actually a stripper named Lucy) whose habit was falling away from her body in a lurid fashion. (Pye had produced a similarly trashy album cover for the Velvet Fogg.) The finished photos for the projected Woody Kern release looked ridiculous and farcical and as a result Pye used a close-up photo of Steve Harris instead.
The band were teamed with Jack Dorsey, formerly a big band leader, as producer and the album was created in an almost live fashion. The group wanted to overdub additional instrumentation but as John Sanderson relates, all Jack Dorsey "was really interested in was whether we could introduce him to any of the type of girls that he thought must follow a rock band". The group were dissatisfied with the final mix since Dorsey had added effects, without the group's knowledge, that interfered with the blues atmosphere. The album and a single were released but failed to achieve any sales success and the band went their separate ways. 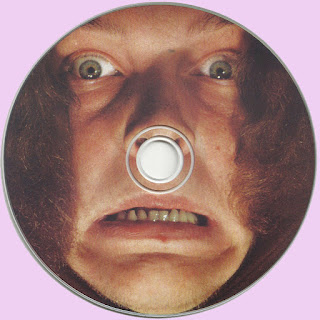