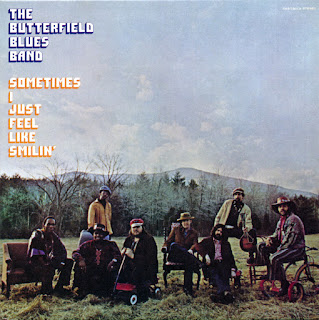 The Butterfield Blues Band has been critically acclaimed as one the greatest electric blues bands ever! Lead by singer & harmonica player Paul Butterfield, their albums have stood the test of time as classics of the 60's and early 70's. Sometimes I Just Feel Like Smilin', was their fourth album, originally released in 1971. It features saxophonist David Sanborn. It was the last album the band recorded for Elektra Records.

Paul Butterfield does not over burden the album by constantly hammering on his harmonica. He sprinkles the right amount and lets the rhythm, the horns, the vocals round out the entire album. It strikes a very, very balanced approached in the instrumentation. I think this is one of his best, this one is a fuller rounded album.

I think Paul was a genius in not over doing it on the harp. Some harp players just blast away on an entire album. Not here. Just look at the liner notes and who is on this album. Empressive list and the talent jumps out when you listen. This is a perfect album it is a winner.
by Jimi Z 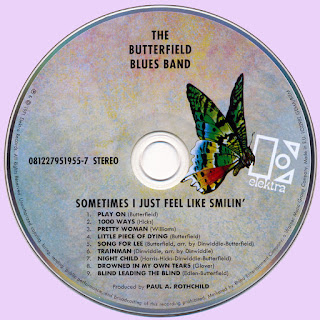