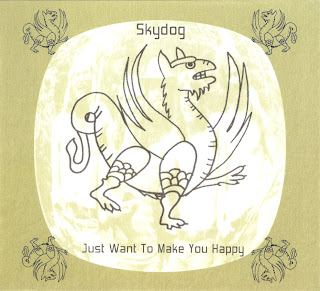 All the music created by the band for this album took place in and around the Skydog house in Sandy Springs, Georgia between the summer 1973 and the winter 1974. I think it was not the playing but the living with the band that tells the best story.  Michael Sweat and I met at Dekalb Junior College in the fall of 1972. Michael introduced me to Gary and the three of us got together at my parent’s house for some jam sessions with my brother Johnny who was still going to high school at that time. Jimi came along later. It did not take long for us to get moved out of the neighborhoods.

Michael’s parents put up with us for as while too.  Leasing that spooky 50-year old house, which was comfortably away from traffic on about 4 acres of property, was the catalyst for some great music and crazy times. And without the Skydog house there could not have been a band.  We were all coming of age in the ‘70’s and the house gave us a common bond. Michael was our carpenter. It was his idea to build a stage out in the garage.

I remember the clean up, and discovering the swarm of termites which threatened to eat the entire house. I sat there with a plumber’s torch at the steps from the garage to the screened in breezeway that connected the main house and incinerated them as they made their way out to the pile of garage and junk.  That great room turned out to be the room where all this music was created and recorded. Everyone labored pretty hard to get the house livable. And I don’t think anyone worked harder than Gary, Michael and Jimi. Gary he was the skyman, I would say he was the spirit of the group, it was Gary who would come up with some cool phrases like innocent  eyed-lady or too much man, let’s call it a night.

When Gary started the groove it was easy to follow. I think of Jimi as the peacemaker, he was rock solid as a player and person, when creative differences polarized Michael and me, it was Jimi that would get us into focus, but the hardest thing for us to do was get thing on tape, we just were not disciplined enough to finish what we started before moving onto something else, it use to drive the recording engineers bonkers.

Johnny was always mister enthusiasm. When Johnny was in, the party was on, and his drumming was great, man those chops still stand up with the best, Johnny made the music really move and he played so hard, he is a true Wildman. To this day I don’t think I have ever played with a better drummer, I don’t think the guys would mind me talking credits for the words and melodies, just about all of them. I was pouring out the music in those days, but what made the band’s music interesting to a lot of folks were the changes and 2 meter changes in the middle eight.

All of that experimentation with the music and partying to attract a lot of friends and visitors. One of our frequent friends was a DJ from WRAS College Radio, I think his name was Clay, or CT as he was called later. He brought in students and semi pros with sound gear and recording equipment and within a few months the living room had more recording equipment than furniture. But nothing in the kitchen, the girls and Jimi would see to that, we had audio snakes and cables hung from the ceilings from the breezeway, through the kitchen and even back to bedrooms.

So thing got a little crowed, it was all great fun unless you were trying to sleep, we got a few more residents in a short time which when we were being pushed by Clay to get it on tape, made it even harder to work. And we had a few run-ins with the local police. We were even subject to a full-scale swat team raid, they came in with machine guns drawn and gas mask while we were recording, we freaked out for a while about that, but they did not find any drugs or guns or anything like that so nothing really came of it.  Except for two of the swat team members started coming by to listen, a positive effect of this was it scared off some of our temporary residents and we were able to get things on tape.

In the winter of ’74 the band was basically over, several things brought this about, first the quality of the sound of the album was very poor, we were so discouraged. The tapes were so much better. To this day I still don’t understand what happened, also we lost our lease. The landlord had enough which was too bad really, we made a lot of improvements to the house and property, we had cleaned up, planed a flower garden, a veggie garden painted repaired, fixed plumbing and electrical. So no house no Skydog.
by Tommy Gordon Landsahw 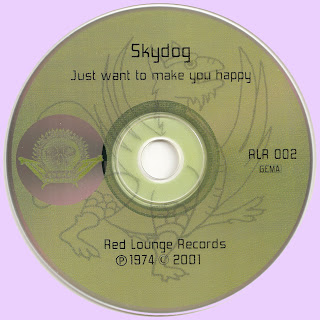