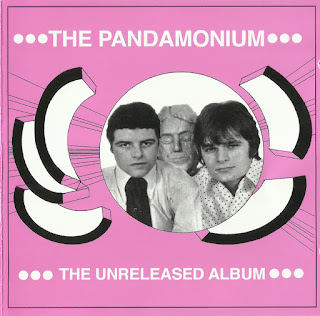 Singers/guitarists Martin Curtis and Bob Poton started their professional musical careers in 1963 as members of the beat band The Pandas.  By 1966 they'd expanded their line up to include Kent Mick Glass and drummer Steve Chapman.  They'd also opted for a name change, dropping The Pandas for the hipper Pandamonium.

Produced by Shel Talmy and Hugh Murphy, the collection found the duo supported by members of Fairport Convention/Fotheringay (Jerry Donahue, Gerry Conway and Tim Donaldson) and Heads, Hands and Feet (Albert Lee and Chas Hodges).  Musically the album was quite different from the earlier "Thoughts & Words" release.  Whereas the former sported a distinctive reflective folk feel, material like 'I Know You', the Badfinger-ish 'Sunrise' and 'Sit and Watch the Sunshine' showcased a far more commercial and up-tempo pop feel.

Showcasing all original material, the pair had a clear knack for crafting the kind of melodies that crawled into your head and wouldn't let go - I dare you to shake 'I Believe In You' out of your memory.  Curiously, as lead singers neither Curtis nor Ponton had great voices, but when they were paired together they somehow managed to turn in some truly stunning harmony work (the country-tinged 'If I Could Be With You').

Even more interesting were a couple of psych-influenced numbers.  'I Am What I Am' sported another mesmerizing melody, couple with one of the best fuzz and backward guitar solo sections I've ever heard.  Yeah, there were a couple of duds - 'Baby I'll Be Yours' was a forgettable country-influenced number, 'Who Knows What We May Find' was a fey ballad, and 'Waiting for Summer' was a strange Latin-flavored piece that wouldn't have sounded out of place on an Everything But the Girl album.  Still, one of my favorite recent discoveries the big mystery being why Liberty would have shelved an album with so much commercial potential ...
Bad-Cat 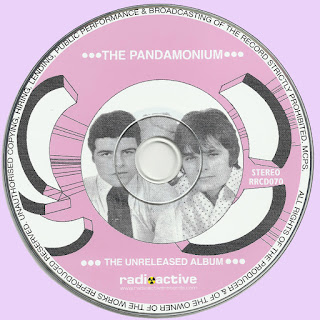 Free Text
the Free Text
Posted by Marios at 1:04 AM 4 comments: