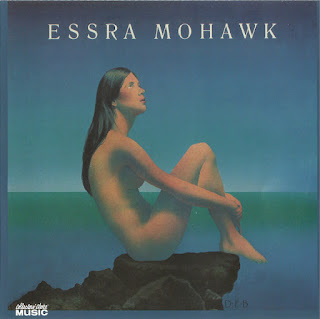 Philadelphian Essra Mohawk is best known as the answer to the trivia question: “Who was the first female Mother (of Invention)?” She joined Frank Zappa and the band in 1967. Her name was Sandy Hurvitz back then, although Zappa dubbed her “Uncle Meat” for obscure reasons.

But Mohawk had been in the music business for several years before her association with the Mothers at age 19. She recorded a single for Liberty when just 16 years old (“The Boy with the Way”, b-side “Memory of Your Voice”) and wrote songs recorded by the Shangri-Las and Vanilla Fudge. In 1969, Mohawk, nee Hurvitz, put out her first solo album, Sandy’s Album Is Here at Last!, on Zappa’s Bizarre record label. The record went basically unproduced (fellow Mother Ian Underwood is credited) and suffers from poor sound quality and other technical issues. Collectors’ Choice has recently reissued this album and Mohawk’s next two releases, Primordial Lovers (1970) and Essra Mohawk (1974).

Critics frequently compare Mohawk with other female singer songwriters from her era, especially Laura Nyro and Carole King, because all three write piano-based jazz rock that frequently concerns issues of Mother Earth spirituality and distaff loneliness. However, the three have distinct personalities and anyone with even a glancing familiarity of the musicians could easily discern their differences. Mohawk is the most, um, out there. What would one expect from the original woman Mother? Conventionality? Her songs meander all over the place and use serial repetitions rather than hooks to catch the audience.

Mohawk’s self-titled third album may be her most conventional. She covers the George Gershwin “Summertime” in a bluesy way, and only one of the 11 original tracks clocks in at more than four minutes, and that one (“I Cannot Forget”) is only four minutes and 24 seconds long. The lyrics are more sedate as well, frequently about love between a man and a woman. Yet Mohawk still takes risks and sings the odd lyrics about life and death, nature and transcendence, faith and reason, etc. The Elektra album comes off as quirky (“My right hand has six fingers”) more than weird.
by Steve Horowitz

Essra Mohawk has never recorded for the same record label more than once, but it's rarely affected the consistency of her songwriting. Here, she left behind the free-form, rambling qualities of her earlier work, and, working within slightly more conventional rock confines, rocked 'n' rasped her own inimitable way through ten finely crafted psych-pop gems, as well as one frenetic take on Gershwin's "Summertime." "New Skins for Old" starts as the album means to go on: "Can we doubt when we don an old animal skin/that it's really a previous state we were in"; birth, death, reincarnation and the universe are the album's recurrent themes.

Despite its muscled-up rock power, the set also captures Mohawk solo at the piano for "You're Finally Here" and "I Cannot Forget," two warm, candid love ballads. Porgy and Bess fans may balk at her unusual treatment of "Summertime," but approached without prejudice, it's a fine tribute. As usual, though, it is the romantic, spiritual and sensual imagery that never fails to impress. "Openin' My Love Doors" is a case in point -- Mohawk describes a post-coital moment of bliss ("We made love while the clouds cried/Now the birds sing as we lie side by side") and runs with it throughout the song. A great achievement from start to end, and Mohawk at her vivid and insightful best.
by Charles Donovan 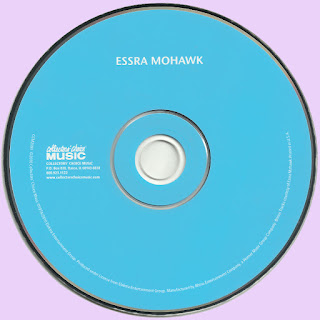 Free Text
Text Host
Posted by Marios at 5:11 AM 7 comments: