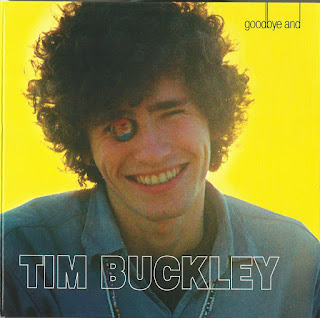 Goodbye and Hello from 1967, is an album that most would consider Buckley’s masterpiece. Even during that explosive era Buckley’s ambitious songwriting stood out from the rest of the pack, and Goodbye and Hello is a singular, personal statement akin to Bob Dylan’s Blonde on Blonde or Van Morrison’s Astral Weeks.

This was only his second album (Buckley’s self-titled debut also appeared in 1967) and Buckley was only 20 years old, but by this point he was an artist who seemed to know where he was heading – a lot like Bruce Springsteen in 1975.

Buckley kicks off the album with the antiwar No Man Can Find the War,and with lyrics like “Is the war inside your mind?” Buckley and his co-writer Larry Beckett suggest that the greater battles – and victories – may be personal. Pleasant Street (written by Buckley alone) is probably the most mainstream song on this album, and it is the best tune here. Street also has an amazing vocal from Buckley that shows his range, and its straightforward instrumentation makes it feel like a lost Sixties classic.

Once I Was, also written solely by Buckley, is a simple song dealing with the effects of time on love and it’s also pretty good (this song also appears in the 1978 movie Coming Home). Phantasmagoria In Two is also fairly straightforward; listening to this might give you the impression that Buckley is the love child of Donovan and Buffy Sainte-Marie. If you don’t know what I’m talking about, sorry – you’re just not old enough.

Producer Jerry Yester (who was a member of the Lovin’ Spoonful) adds some baroque/psychedelic touches that really dates a handful of these songs. Too bad, because Goodbye and Hello would be much stronger if it didn’t go into Simon and Garfunkel land. And even though songs like Knight Errant and Morning Glory are nice pop songs, they also sport the kind of instrumentation you’d find on a Jim Nabors album of the time. Well, at least Blood, Sweat and Tears covered Morning Glory.

Despite being a critical success, Goodbye and Hello wasn’t a big seller. Buckley also bristled at the demands of being a conventional pop star, and his refusal to promote his music through TV appearances and the like probably helped keep him a cult figure.

Even though you could consider Goodbye and Hello fairly experimental, Buckley pushed his avant-garde sensibilities even farther in the early 1970s, which of course was commercial suicide. He tried jazz-rock on Lorca (1970) and Starsailor (1971), rocked a little harder with Greetings from L.A. (1972) and even tackled some white-boy funk on Look At The Fool (1974).

By the time of his death from an accidental drug overdose in 1975, Tim Buckley was nearly broke and his music appealed only to a small cult following. His period of glory came in the late 1960s, and Goodbye and Hello is certainly a lost classic of the psychedelic era.
by Denny Angelle 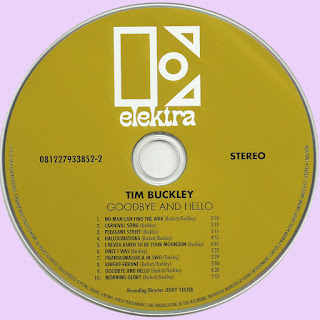