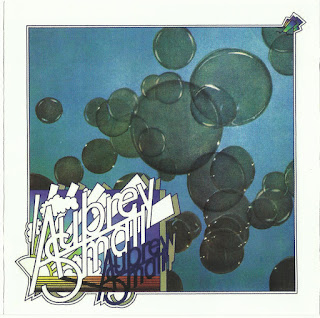 Aubrey Small formed in 1969 with a line-up that featured 5 part harmonies, twin guitars & flute which was quite pioneering for those times! Very soon they were attracting considerable interest in heady musical circles. Ronnie Scott’s Jazz Club took the band under their management followed by numerous regular sessions on BBC Radio 1’s “Sounds of the Seventies” for Bob Harris & John Peel. The band were soon performing at landmark venues such as London’s Marquee, Flamingo, Samantha’s, Thatched Barn at Chalk Farm & the Roundhouse with Ronnie Scott’s becoming their “second home”. Tour gigs with major names including Status Quo, Supertramp, Edgar Broughton, Colosseum, Hawkwind, Pink Fairies, Robin Trower and many others were a growing part of the band’s new world.

Record companies were fast becoming aware of the band’s growing reputation and within a short time a recording contract was signed as well as a publishing contract with Radio Luxembourg MD Alan Keen of Louvigny Marquee, for their songs. An album was released in 1971 followed by a single some months later.

Although the band were together only four short years, they created a legacy of interest with the people their music reached, which has lasted until the present day. Recently unearthed long lost recorded material was returned to the band, prompting them to tell their short but colourful story.

They performed for the first time on Valentine’s Day 1970 at South Parade Pier, Southsea however within a few weeks, guitarist Marc Tuddenham had decided to leave. As the band was generating much interest they embarked on an immediate search for a replacement and by the end of March Peter Pinckney joined fresh from winning an NME national band contest. The song-writing became instantly prolific with members writing individually & collectively.

Another bizarre gig came along on 6th November when the band played the Flamingo in Wardour Street. It was an “all-nighter” with Hawkwind and Pink Fairies and they were due to play at about 3 am. When they arrived at the venue they had to wait around for several hours and then eventually were told that due to the venue being packed to capacity they had to pass the equipment over the heads of the crowded audience to the stage, set up and play! No sound check, no frills but a terrific gig!

The recording experience at Trident became intoxicating and at times even became somewhat surreal. For one number “Smoker Will Blow” John Anthony had the idea of putting orchestration on the track as it was too simple. Within a matter of days  arranger  Richard Hewson appeared together with a huge assembly of the finest jazz and orchestral musicians available. Here was another highly respected musician who had a list of high profile credits to his name including the Beatles, Bee Gees, Diana Ross, Art Garfunkel, Fleetwood Mac, Supertramp, Chris Rea among others – another who’s who! The band watched from the control room with amazement as an extraordinary and complex soundscape unfolded on their song. Ray Jackson of Lindisfarne was also invited to play harmonica on one track and Mike Vickers of Manfred Mann brought his giant Moog synthesiser in for another couple of tracks.

After the album was completed in September 1971, John Anthony went on to produce “Orange” for Al Stewart and as often happens with working relationships being fresh in mind he invited David (Bass) & Graham (Drums) to do the session work. The rest of the band were “most put out” as they hadn’t been asked to play until it was discovered that Rick Wakeman and Tim Renwick were chosen to play keyboards and guitar – no contest! Peter Pinckney and Rod Taylor were eventually invited to do some backing vocals together with Lesley Duncan who they had also met at Trident when she was working with Elton John with whom she had a long-standing connection.
Aubrey-Small 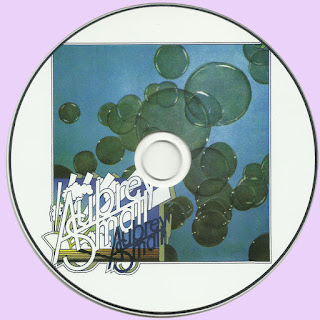