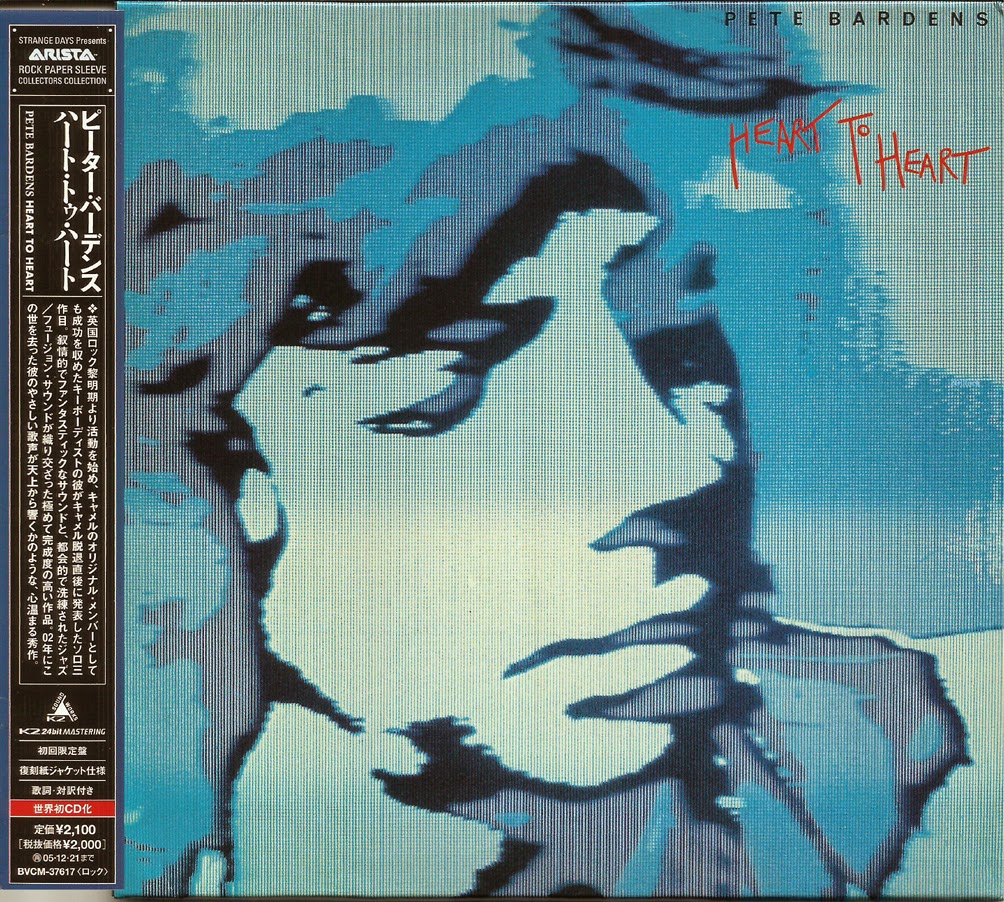 Keyboardist Peter Bardens’ legacy with renowned prog band Camel included seven albums in six years before he decided to abandon the ship of the desert in 1978. Camel’s symphonic influences can be traced through numerous neo-prog bands that would follow in their wake but in the meantime Bardens was looking for an alternative method of musical expression that would showcase his writing abilities as much as it did his keyboard talents. His first port of call however was to play on the 1978 album Wavelength by Van Morrison who Bardens had previously performed with in the 60’s as a member of Them.

Bardens was no stranger to solo albums having released The Answer and Peter Bardens in 1970 and 1971 respectively, shortly before teaming up with Andy Latimer, Doug Ferguson and Andy Ward to form Camel in 1972. Both of those albums however had been very much in the R&B style whereas Heart To Heart draws upon his experiences within Camel with more melodic pop-rock tunes (an area that Camel themselves were gravitating towards in the late 70’s) and prog-fusion instrumentals.

To realise his ambitions Bardens brought on-board a fine supporting cast with diverse musical pedigrees that saw legendary session players Mel Collins (saxophone, flute) and Peter Van Hooke (drums) rubbing shoulders with relatively newcomers Stan Scrivener (bass) and teenager Gus Isadore (guitars, vocals). Bardens wrote and (along with Norman Mighell) produced all the material on Heart To Heart and in addition to keys provides the lead vocals as he had done on the earlier solo outings.

The delightful Julia opens the album in surprisingly restrained fashion with Bardens’ dulcet vocal tones having a certain charm, sounding not unlike his old band-mate Andy Latimer. It’s an agreeable ballad with engaging harmonies and lilting electric piano. In a similar vein but altogether better still is Raining All Over The World which in its own unassuming way contains one of the most attractive melodies ever penned by Bardens. A rich and fluid piano and sax arrangement elevates the song into Bruce Hornsby territory.

Doing The Crab is vintage swing jazz with scat vocals and although its skilfully and smoothly executed is not really my cup of jazz tea. More on the money is the fusion instrumentals Jinxed and Slipstream, both centred around lively synth noodling. The former brings the Canterbury scene and Hatfield And The North in particular to mind whilst the latter has perhaps a more Transatlantic feel about (Harold Faltermeyer anyone?). The mood continues in a more relaxed tempo with the appropriately titled After Dark which showcases Isadore’s jazz guitar sensibilities as well as a superb organ solo from Bardens to close.

With its catchy repetitive chorus, Slow Motion is the nearest the album gets to a potential single although its smooth delivery was perhaps too subtle to set either the charts or airwaves alight. The short Tune For Des sees Bardens’ chiming keys effects tumbling like falling water leaving the superb title track and instrumental Heart To Heart to end on a proggy Camel flavoured high.

Heart To Heart was pretty well dismissed on its initial release which is a shame because it demonstrates Peter Bardens forging a strong musical identity so soon after his departure from Camel. Thankfully this re-mastered reissue allows the albums many subtle delicacies to shine through. Bardens would continue to pursue his solo career as well as appearing with several other acts which included the occasional guest showing with Camel before his life was tragically and prematurely cut short in January 2002.
by Geoff Feakes 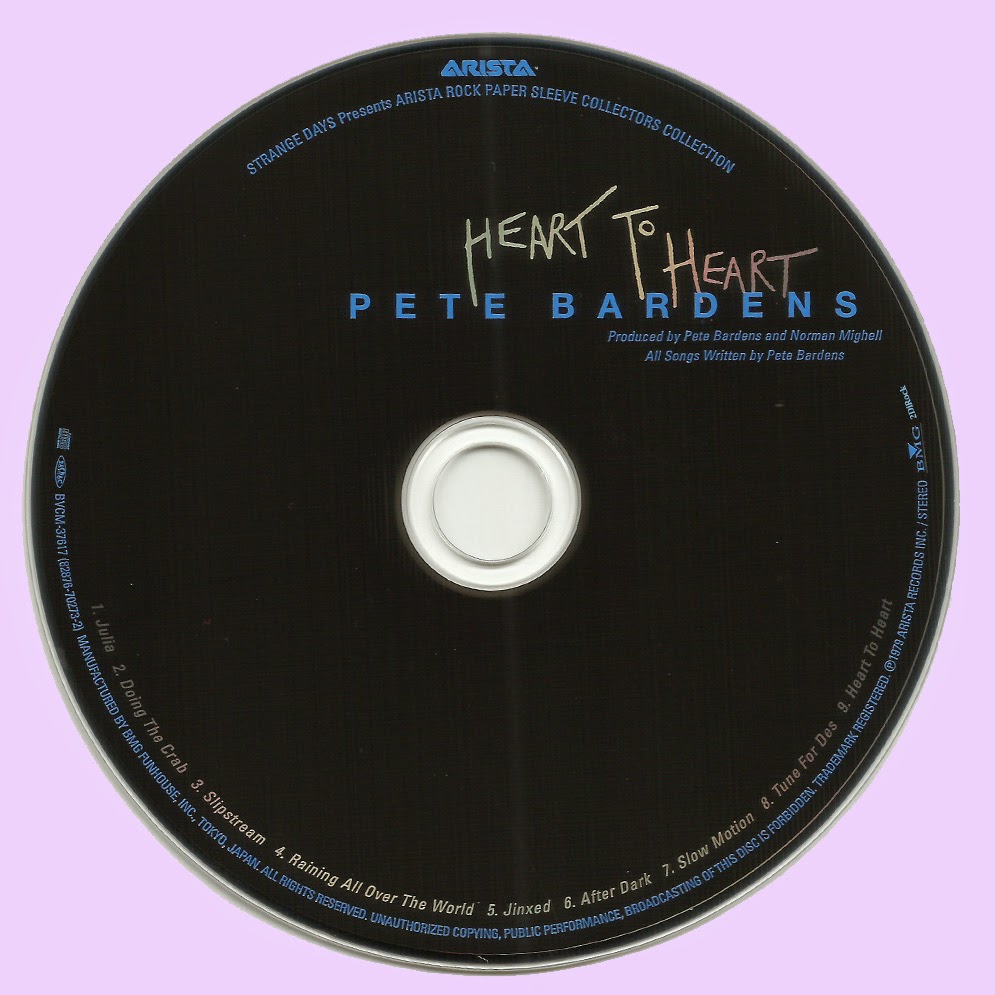