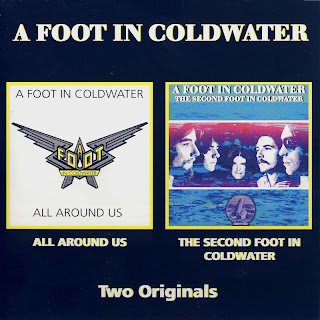 The band released A Second Foot In Cold Water the next year. Two singles were released, "Love Is Coming" and "Isn't Love Unkind", their second crack in the top 25 on Billboard. All Around Us hit the shelves in '73 and contained only 5 new songs, along with new versions of 4 tracks from the previous 2 lp's. "(Make Me Do) Anything You Want" hit the airwaves again and this time cracked Billboard's Top 10, as did the second time 'round for "Isn't Love Unkind".

More of the unique stylings of this group including the hit single"(Isn't Love Unkind) In My Life" and "Love Is Coming", both hits displayed this band's unique combination of power, subtlety and taste. The bands producer was reputed to have spent as much time as most artists spend recording their entire albums, on just the mixing of the first hit (In My Life) alone, Island Records in the UK signed the group on the strength of the one track "In My Life". The classical guitar intro to one of the heaviest tracks ever recorded in this country (Coming Is Love) is worth the price of the album though the lyrics to this and other cuts on the album were criticized for being sexist and too explicit.

Following the record's dismal showing and dwindling concert draws, the band found themselves without a deal in '74 but continued on. In 1975 they were picked up by Anthem, label for such heavy hitters as Rush and Max Webster, which prompted the release of the single "Midnight Lady".

After their deal with Island outside of Canada, Daffodil signed the group to Jac Holzman at Elektra/Asylum in the US and this album was the result of that deal. Produced primarily by Queen's English producer John Anthony, the album included re-recorded versions of the best songs from their first two Canadian albums and added some newly written material by the group. It was a critical sussess but shortly after it's release Jac departed from Elektra, David Geffen took over and the group was let go. 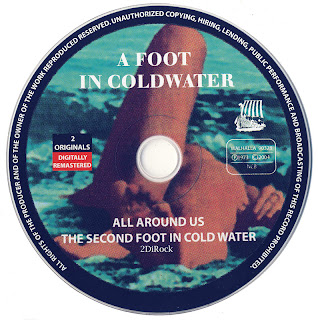 Links dead, can you re up them ?? Thanks in advance !!