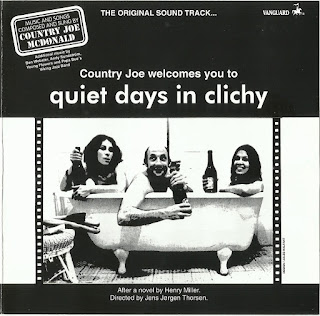 Looking back at this over forty year old film, it's an interesting relic, to be sure, and actually a very intriguing piece of art. At times, seemingly intending to offend, though in others attempting to draw us in to the characters and their escapades, 'Quiet Days in Clichy' is a fairly uneven piece of cinematic experimentation, based off the novel by Henry Miller, that will surely attract or repel its audience, and fast.

This is the story of two men in France, whose bond is seemingly formed by their shared interest in sharing the opposite sex. 'Quiet Days in Clichy' is more than just what's on the surface. The constant prolonged shots, where any action seemingly is shown for three to five times as long as it needs to take, creates a fascinating look at the characters, even if they are only as interested as their genitalia are locked and loaded.

There are no quick flashes, or brief moments whatsoever, and that makes the film somewhat intimate, holding on like a lover right at the edge of satisfaction trying to extend that moment as long as possible. The extended silence that permeates the majority of the film is also quite refreshing, as the Country Joe McDonald soundtrack acts as a narrative, of sorts, crude as it may be.

We don't get the characters thoughts, save for some crudely drawn random thought bubbles that pop up on screen, as McDonald tells the tale from a different angle, chauvinistic as it may be, concerning their romps, and predicaments caused by their constant skirt chasing.
by Nate Boss 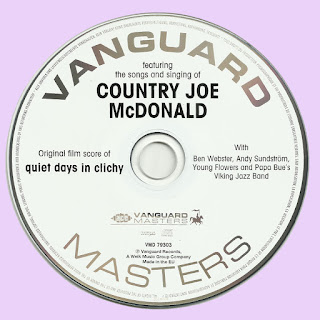 Free Text
Text Host
Posted by Marios at 12:26 AM

I have never seen the movie, but the soundtrack excellently captures the spirit of Henry Miller. I have spend many pleasurable hours with this playing.

Thank you very much for this album. All the best.