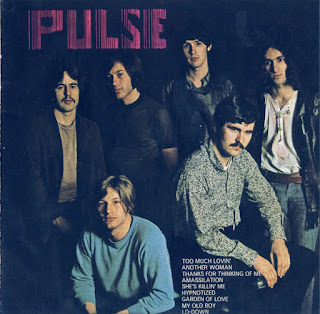 From New Haven, Connecticut, The Pulse evolved out of The Bram Rigg Set and The Shags, and were originally known as The Pulse Of Burritt Bradley.

The track, Burritt Bradley, is a surreal slice of psychedelic madness, which can also be found on the Beyond The Calico Wall (LP & CD) compilation.

By contrast, their album is a furious heavy rock affair and rated highly by some collectors.

Tommy Violante left in 1969, although the band soldiered on until '72, playing mostly rehashed Cream-type stuff.

Pulse (originally named "The Pulse of Burritt Bradley," after a name they saw on a grave stone) released two singles: "Can Can Girl" / "Burritt Bradley" and "My Old Boy" / "Another Woman".

The group honed their skills for almost a year just jamming in the studio, but by the time their first album was released both Violante and Gardner had departed.

The self-titled album Pulse was a real accomplishment. Not only was the playing and songwriting solid, the heavy style and complex arrangements seem a few years ahead of their time
by Fuzz, Acid 'n' Flowers 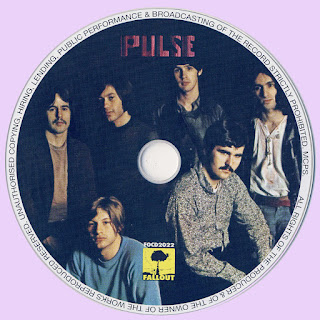 many thanks great album

Good album,worth to check it out.Thanks for upgrade...

Funny, at the beginning it sounded like very early Journey.

I bought this album back in the late 60s, knowing nothing about this band.
When I played it, I was totally blown away! What a band!