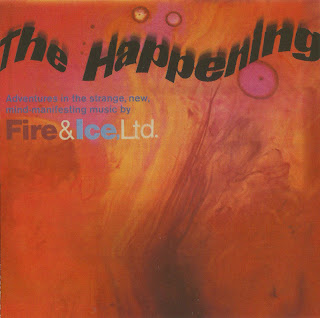 Spontaneously, in New York, Los Angeles, San Francisco, Miami, and many other parts of the nation young musicians are assembling to create for themselves and their friends a new kind of sound. As Lewis Carroll's Alice stepped through the drawing room mirror into a world of rich imagining, so these gifted young experimentalists are determinedly breaking through the limitations of the old familiar forms - rock, and jazz, and folk, and blues, etcetera - freeing themselves to create a sound that encompasses all the as-yet unexplored possibilities of music.

These get-togethers are called musical happenings. The sounds they produce are called by some spontaneous music, and by others free-form music. Some also call it 'mind-manifesting music'. And as one of the performers in this album half humorously stated, it might with equal aptness and equal imprecision be called 'ethnic psychedelic Afro-Cuban folk rock'. It is an exhilarating, exciting, galvanizing symphony of musical moods, an exploration into a kind of completely unchained sound that has never happened before. But it's happening now! In the forefront of the musical organizations creating spontaneous music today is Fire and Ice, Ltd. Fire and Ice is the brainchild of two brilliant young men of many talents.

Pianist and organist Tony Scott was a child prodigy who gave early concerts in his native city of London. A strikingly handsome six-footer, he has been seen as an actor in leading roles in a multiplicity of feature films and television dramas in England, Italy, and America. Flutist and vocalist Paris Sheppard first sought artistic expression as a San Francisco poet amid comrades who included Gregory Corso, Allen Ginsberg, Leonard the Locomotive, and Lawrence Ferlinghetti.

So great was the demand for Paris s readings in Bay Area coffee houses that he found he could not write enough material to appease his audiences appetite for them. "So," he says, "I just began going on the stage cold and creating prose poems on the spot with no previous preparation." The spontaneous facility with words that this experience gave him is reflected in the strangely beautiful lyrics he sings in this album. These also were created by him spontaneously before the microphones as a direct inspiration of the music. 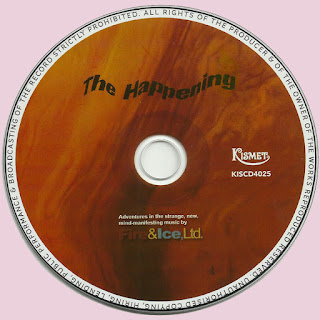 New to me. Thanks very much...

this site has got all that i want to hear but difficult to download when it's giving you 20k/s. most of my dls have been rudely disconnected due to downloading a large file in very little trickles, but thanks anyway for the sharing spirit.

Thank You very much !!

thanks for sharing this!!