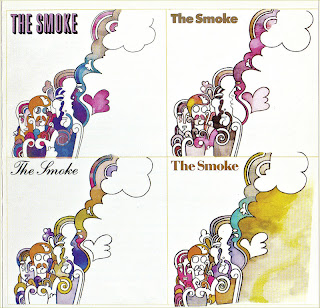 Michael Lloyd clearly recalls the day he decided to be in a band. Aged 12, he was surfing in Hawaii in the summer of '62 with schoolfriend and fellow pianist Jimmy Greenspoon. "We were far out from the shore and we heard music coming from the beach. It sounded great. So we paddled in and there were these local guys playing Ventures songs - they were very good - and that started us thinking, We've got to have a band!" Michael took up guitar and thus were born The New Dimensions, a barely pubescent surf combo. When the British invasion turned the local band scene on its ear a couple of years later, Lloyd and his chums became The Alley Kats and then The Rogues.

Lloyd's musical obsession meant he wasn't giving school his full attention, so, in the autumn of 1964, he left Beverly Hills High School and started at the more relaxed Hollywood Professional School. When he deigned to attend classes, he met the Harris brothers, Shaun and Danny, sons of celebrated American classical composer Ray Harris. The trio quickly recognised their common enthusiasm for pop, and, inspired by seeing Jeff Beck and The Yardbirds at a Hollywood party, began recording songs in Michael's bedroom.

The party's host, an older guy named Bob Markley, offered to fund recordings in a 2-track studio. In return he asked to join the band as a tambourine player, because it would help him attract girls. Their rudimentary recordings, mostly cover versions, were released locally on an album (recently reissued) as The West Coast Pop Art Experimental Band Volume 1. Lloyd left and the group subsequently signed to Reprise, creating three excellent albums that also deserve to be more widely heard. (They later reunited with Lloyd for an album entitled Bob Markley - A Group... It's a long story.)

In the meantime, Michael was introduced to young executive Mike Curb by ubiquitous LA scenester and producer Kim Fowley. Curb handed the precocious producer a number of projects for Tower under names such as The Laughing Wind and The Rubber Band. Epic Records then offered Lloyd the chance to produce a folk group who came to be called October Country. One afternoon in late 1967 the band assembled at Columbia Records Studios on Sunset. "That was my first time in a real studio. It was an 8-track and one of those union places where you couldn't touch a thing.

The first thing that happened was that the drummer was so nervous he threw up and ran out! So I ended up playing the drums and then, after everyone left, I replaced all the instruments, overdubbed the strings and sang with the girl in the group." Although it flopped, the October Country album gave Lloyd a taste of what he could achieve with such facilities at his disposal. 'I promoted the fact that I could do it all. Mike Curb had this great studio called Hollywood Boulevard and he let me spend about six months there making an album. It was just me and those two guys. No engineers, no anything.' Thus was born The Smoke.

Michael song lead vocals, played bass and keyboards while "those two guys" were Stan Ayeroff, who co-wrote three of the songs and played guitar, and Steve Baim who played drums. (Jimmy Greenspoon, by this time part of Three Dog Night, appeared in the shots on the sleeve although he didn't play on it.) Lloyd poured everything he'd learnt into the album. It opens with the organ-driven Cowboys And Indians, a song with parallels to Brian Wilson's Heroes And Villains. 'I met Bruce Johnston and he took me to a couple of sessions while Brian was recording Good Vibrations," recalls Lloyd. "it was a great experience.

Obviously The Beatles and The Beach Boys were a prime motivation. I think I've always been trying to catch up with them." There are overt Beatles references throughout the record, the chorus of Lucy In The Sky With Diamonds is even quoted in the fade to Fogbound. The song's influence is also clear in Gold Is The Colour Of Thought. Elsewhere, the lush arrangements feature Pepperesque bursts of trumpet, strings, harpsichord and lashings of sweet singing. Including all the foregoing, October Country, the song, makes a spirited reappearance and there are further great pop moments in Umbrella and Odyssey. As a final nod to Lloyd's heroes, the album is dedicated to Stuart Sutcliffe.

As records by Beatle-obsessed youths of the '60s go, it all remains remarkably fresh, and should certainly delight fans of post-Pet Sounds psych-pop, say Millennium or Sagittarius. Perhaps only Stan's tricksy guitar shop-window, The Hobbit Symphony breaks the mood. Despite encouragement from Tower and a wide release, the album flopped. "I don't know if anybody really knew what to make of it," sighs Lloyd. "We never went on to play live as The Smoke as I'd planned.' Luckily, Lloyd had plenty of youthful confidence in reserve and didn't let failure faze him. "By the time I was 19, I'd already recorded over 10 albums with different bands and different labels, all unsuccessful! But after that my life changed a great deal."

At the tender age of 20, Lloyd was appointed vice-president of MGM by Mike Curb and his first production job, Lou Rawls's Natural Man, won a Grammy. After that he turned out hits for teen sensations like The Osmonds and Shaun Cassidy, later producing Belinda Carlisle, Barry Manilow and, most lucratively, the multi-million selling soundtrack to Dirty Dancing.

He worked on Pat Boone's recent, bizarre and surprisingly controversial album of orchestrated versions of heavy metal classics, and is in the studio with the Harris brothers hoping to resurrect the West Coast Pop Art Experimental Band.

But of all the things he's recorded it's clear Michael Lloyd's very fond of his forgotten classic created almost 30 years ago and is delighted that it's still finding fans. "It was great fun and gave me the opportunity to learn a little something. I'm very grateful for that."
Jim lrvin and Tim Forster,  MOJO, January 1998 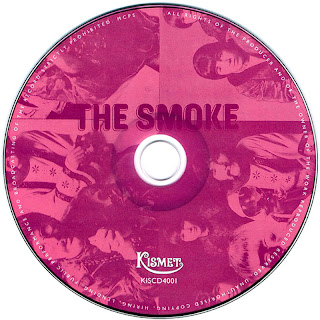 Thank-you Marios. I looked for this last year and only found mp3s. Greatly appreciated!

thanks marios,for a great post. i hadn't heard that 1 in years.

It's broadly in the mood of other LA studio-psych albums of the period. An album of mild psychedelia it contained a fair degree of orchestration and was probably influenced by The Beatles Sergeant Pepper, released the previous summer. Some tracks like 'Fogbound' and 'Umbrella' had considerable commercial potential, others like 'Song Thru Perception' are notable for their crispy clear vocals and 'October Country' for some beautiful string arrangements...
Co-produced by Fowley and Lloyd, it's easy to see why this album's become such a sought after collectable (underscored by the fact it didn't see a CD release until 2003). With Lloyd writing the majority of the material, the resulting mix of California pop moves and psychedelic touches stands as a perfect example of the "sunshine pop" genre. Full of subtle and not-so-subtle homage's to the likes of Brian Wilson and the Beach Boys ("Cowboys and Indians" and " Self-Analysis") and The Beatles (" Gold Is the Colour of Thought") makes this LP a wonderful candidate to play 'spot the reference'. Elsewhere the LP includes Lloyd's cover of "October Country" which he'd previously written and produced for the band October Country. Personal favorites: the catchy "Fogbound" (which with it's nice "Lucy In the Sky with Diamonds" fade out would have made a great single) and the odd "Umbrella". (As an aside, the back cover shows what appear to be four band members - the fourth being guitarist Jimmy Greenspoon, who didn't actually play on the album and went on to join the newly formed Three Dog Night.)
Indeed, an amazing result, I believe totally random, is greater than the sum of the internal strength of each piece.
The smoke is proof that there is no provision or success, or a masterpiece.
@Maris,You are truly an amazing man.
Thanks, great post, music and blog.
All the best,
Adam.

Hi Marios! Now three times many, many, many thanks!!

More british of the british "Smoke", Thanks Marios

Thanks a lot for this.

I like this album a lot!
Thanks for posting

Thanks a lot, this is one of my fav albums from the era. I suppose this is another unauthorized vinyl transfer but hopefully it'll sound better than my Acid Ray pirate CD or the mp3's floating around the web. Sundazed or someone should re-release this masterpiece from the mastertapes!

You have a great blog - I would think your readership is very high.
smoke shop hollywood

Thank you for sharing this unheard masterpiece!

Thanks Marios for this...I had this on cd from a vinyl ripp....I downloaded this in FLAC. Cue file burned CD-R using IMGBurn.