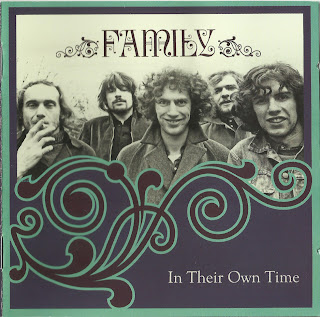 Like so many other British bands that achieved recognition in the progressive era, Family's origins lay in the R’n’B boom of the early Sixties. The initial line-up included guitarist Charlie Whitney, sax-player Jim King and bassist/violinist Ric Grech, all of •whom had earlier been in the Farinas, a Leicester-based group formed by Whitney and King back in 1962.

When vocalist Roger Chapman joined the band in 1966, he brought with him not only a wealth of experience gained in local outfits such as the Rockin' Rs and the X-citers, but also one of rock's most distinctive voices. When Rob Townsend replaced original Farinas drummer Harry Overall, the first Family line-up was complete. Whitney and Chapman quickly formed the songwriting partnership that provided the majority of Family's material throughout their history and, after moving down to London, the group quickly built a reputation as an original live act, centred around Chapman's manic on-stage presence.

Between 1967 and 1969, they released two highly-regarded albums, 'Music In A Doll's House' and 'Family Entertainment', along with a clutch of worthy but largely ignored singles. Ail seemed to be going well until, midway through their debut US tour, they suffered the first of many personnel changes as Ric Grech unexpectedly left to join Steve Winwood and Eric Clapton in Blind Faith. John Welder, formerly of Eric Burden and the Animals, stepped into the breach, but the remainder of the tour was effectively damage limitation and they returned home without making the hoped-for US breakthrough.

Late in 1969, Family finally made it into the UK singles charts when 'No Mule's Fool' fleetingly entered the Top 30, This, and its B-side, 'Good Friend Of Mine', were the first recordings to feature new-boy Welder and the last to include Jim King. His replacement was multi-instrumentalist Poli Palmer who brought vibes, flute, piano and later synths to the group's already eclectic instrumental mix. The revised line-up recorded 'A Song For Me', released in January 1970.

Harder and leaner than their two previous efforts, it opened in spectacular style with the raw intensity of' Drowned In Wine', while 'Love Is A Sleeper', featuring guest pianist Zoot Money, the frantic rockabilly of 'The Cat And The Rat' and the epic title track emphasised their ability to work in a variety of styles. August saw the release of 'Strange Band', a three-track EP that textured re-recorded versions of two numbers from 'A Song For Me', plus the newly-written title track. The song had already been played in concert, and a live version of it was included on the next LP, Anyway...', which appeared in November.

The new album matched three more live tracks and four new studio cuts, none of which had been issued in any form. All four live songs from Anyway...' are included here, demonstrating the band's mastery of mood and texture.
by Alan Kinsman 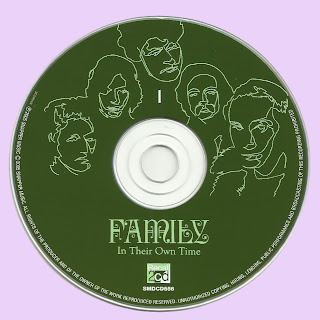 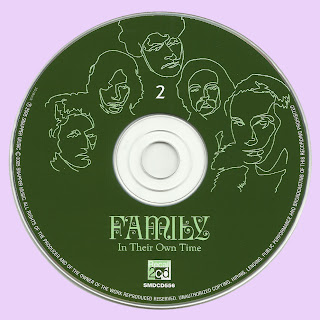 Free Text
Posted by Marios at 1:52 AM

Thank you Marios for this superb Family compilation....nice to have all the good trackS in one place......very much obliged....cheers.

Brilliant is the word - thanks Marios