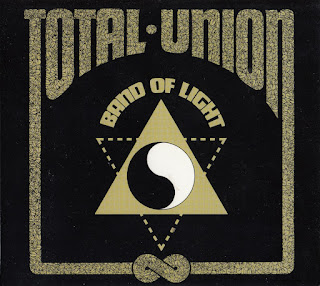 Band of Light was a blues-based Sydney group, formed in October 1972 by Phil Key, with bassist Peter Roberts, who had both just left The La De Das. Phil Key was of course a founder member, the rhythm guitarist and lead vocalist in that legendary band. Peter Roberts was a more recent member -- he joined in late 1970 and helped to revitalise the group during a difficult period, after their disastrous English trip and the departure of original bassist Trevor Wilson. In the latter days of the La De Das, Phil had experienced difficulty in getting his own original material played in the band (as well as growing friction over his control of the group's finances).

Phil quit the La De Das over a money dispute in September and the next month he and Peter formed Band Of Light, which enabled Phil to develop his own songs, which explored more personal themes of racial equality (Phil was Maori), social justice, spirituality and mysticism. Band Of Light was also one of the first local bands to use a symbol (a yin-yang within two triangles) to represent their philosophy and approach.

Their distinctive blues-rock sound was built around the dual slide guitar work of Key and their other superb guitarist, Norm Roue (who had come from Sydney band Gutbucket). Peter Roberts left after only three shows and was replaced by Ian Rilen, who was to become a fixture on the Australian rock scene in the 70s and 80s.  The band worked consistently on the Sydney and Melbourne pub/festival/dance circuits, alongside other staple acts of the day like Billy Thorpe and the Aztecs, Carson, Coloured Balls, Chain, Madder Lake and Buffalo.

Band Of Light signed a recording contract with WEA in early 1973, and had immediate success in July when their first single Destiny Song made the national Top 40, peaking at #18. They followed up with a successful debut LP, Total Union, in August, which made the national Top 20 album chart, peaking at #13. A third single, the non-album track Moonstruck was released in November, but it didn't chart.

Norm Roue joined Buffalo. He played with them until early 1976, after which he reportedly left the music scene and followed a religious calling Robin Andrews worked in several other prominent groups in the 70s and 80s, including Phil Manning Band. Tony Buettel moved into production in the 80s with credits including Uncanny X-Men and Strange Tenants.

Peter Roberts worked in Flake and Rockwell T. James.  Phil Key left the music scene, concentrating on his family, and working in Sydney as a cabbie for many years until his untimely death in 1985 from a congenital heart condition.
by Ian McFarlane, Noel McGrath, Spencer and Nowara.

Listening to "Total Union" you can’t help noticing Norm Roue’s brilliant slide guitar playing. At times raw and powerful, at other times his precision playing lends an opulent refrain to enhance a basic tune. Be careful though, a lot of Roue’s licks will linger in your head after one hearing.

The rhythm section of Rilen and Buettel, are simple and tight providing a strong background for Roue and Key to shine. Angry Anderson who was later to join Rilen in Rose Tattoo was once asked to describe Rilen’s bass sound. He replied: “It’s like the first time you hear that Tyrannosauras Rex howl in Jurassic Park.

He’s got that low sting in it , but it’s almost like you expect it to go into this blood-curdling shriek, but it never really gets there, it threatens to do that all the time.” That quote is pretty close to the bone on this recording. Most of the tracks on this release were written by Key and his wife Pam (they went under the pseudonym of Wheel. Very hippy indeed).

As with every Aztec Vintage Collection Series release this one comes with bonus tracks. ‘The Destiny Song’ was released as single in April ‘73. It was a hit and got the band exposure on radio. Its B side aptly named ‘Over B’  is included too, an instrumental, actually it’s my favourite track, all band members get a credit. Blues and boogie at its brilliant best. Roue and Key go head to head, Roue’s slide vs Key’s wah wah soloing with a little touch of Rilen magic on his own before Roue and Key dive in together at the end.

The band issued a single in November ‘Moonstruck ’ ( it failed to chart ) and that’s included on this issue with another b-side to the single ‘The Cat’. Another highlight included, is a cover that was recorded live at Sunbury in ‘73, ‘Messin’ With The Kid’. This album is clearly of its time but after 30 odd years there is still some freshness about it.
by Cecbuzz 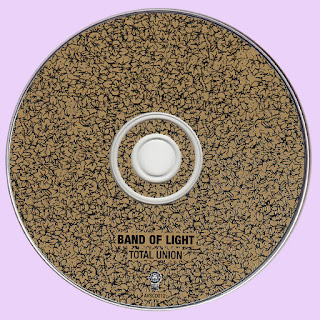 Free Text
Text Host
Posted by Marios at 7:28 AM

What an amazing album!!! Thank You!
Totally new to me! Norm Roue is an amazing slide guitarist!!!
(I don't even mind the cd mastering straight from a good sounding vinyl record, even though the mid-range has been so pumped up and everything limited/compressed in the hopes that no one would hear the slight vinyl crackles in the background of this cd reissue!!! ;-)

No matter, the music is incredible and that is what really matters!! -- dandor

please could you check this one, I have downloaded it (completely) twice and get password error on extraction ( like a sore tooth ;) )
thanks again for your efforts.