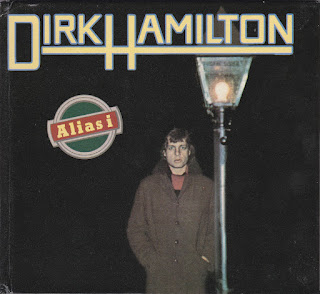 Alias I, Dirk Hamilton's sophomore set, opens with a quite appalling scene -- "I saw a dog in a trash can chewin' on a cat" -- but worse is to come, as "In the Eyes of the Night"'s dystopian vision unfolds. It's a stunningly modern view of the world, seemingly ripped from the rhyme book of rappers or hardcore headbangers, but Alias I was originally released back in 1977, and musically it is a chasm away from the fury-firing punks across the sea. The album was Hamilton's follow-up to the previous year's You Can Sing on the Left or Bark on the Right, a deliriously derivative set that hit virtually every musical touchstone of '70s soft rock. Hamilton plundered freely from his idols musically, but his lyrics were breathtakingly unique, dizzying vignettes of poetic splendor.
Alias I picks up where its predecessor left off, but this time the songs are not such obvious rips. Sure "The Ballad of Dicky Pferd" pays tribute to Elton John's "Rocket Man," "The Classic Sweat Poze" tips a hat to Traffic, and "Joanna Ree" nods to the Rolling Stones, but there are unexpected stylings as well. "Los Gatos," for example, is Latin-tinged, while "The Light of Love" has a distinctly Spanish flavor. Elsewhere, bluesier elements come to the fore. The aforementioned "Night" defiantly crosses soul with rock, and tosses in some distinctly Stax-esque brass. "Joanna Ree," Stonesy as it is, is the Stones in their bluesiest mode, with wisps of gospel flicking through the gorgeous guitar work.
"Big Boo Hoo" echoes the Stones circa Black and Blue, with its emphatic rhythm snapping around the sliding lead guitar. Even the Traffic-stopping "Sweat Poze" emphasizes that band's R&B roots. These numbers give the set a dirtier and darker sound than Bark, which dovetails nicely with a clutch of love-lost or world-gone-mad numbers. But salvation can be found, be it in the sweet pace of life in "Los Gatos," in the memories of young romance, or brought by the angel of the morning who hovers over "The Light of Love." And if Hamilton's own prayers are answered, he'll be living large as a rock star striking "The Classic Sweat Poze" on the album's most hilariously ironic song. In an age of singer/songwriters, Hamilton should have seen that dream fulfilled, but his songs were too disconcerting -- so familiar yet lyrically so alien that only the critics sang his praises.
Today, with a more modern soundtrack, these songs could rule the world, but for now he remains trapped in '70s nostalgia. This reissue adds two equally stellar bonus tracks, the aforementioned "Big Boo" and the billowing ballad "As a Matter of Fact."
by Jo-Ann Greene 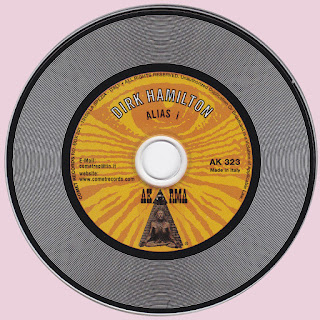 Er, this folder contains "You can sing...", not "Alias". But thanks for the principle of uploading this undiscovered gem!

Mr Grimsdale, sorry, my bad, It's OK now, Thank you!