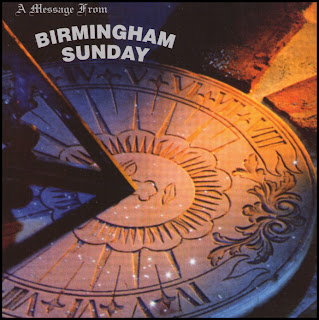 Monty and Ward Johns had been in The Contrasts, who covered popular Beatles and Beach Boys tunes. John Kvam was a guitarist in the folk rock group The Scroachers, and learned bass after joining Birmingham Sunday. Phil Gustafson was the keyboardist and sax player for the rock band The Kensingtons. Gustafson was trained as a pianist and sang in the church choir, and he played sax in his high school band. Even though Phil's voice could easily handle the demands of opera, he preferred to sing background harmony with Birmingham Sunday. Joe LaChew was the guitarist and vocalist for the group The Freedom Five, who covered the blues-based output of British bands like The Rolling Stones, The Kinks and The Animals. At the age of 15, LaChew earned his stripes as a songwriter when he wrote a campaign song for the Nevada governor at the time, Grant Sawyer. The Freedom Five recorded a single of Joe's song and sold it at various campaign sites throughout the state.

Birmingham Sunday started to play teen dances throughout northern Nevada. Their biggest crowds were at the Civic Auditorium in Carson City and at Genoa Town Hall. The group put on dances and rented halls in Carson City, Genoa, Minden and Reno to cover their increasing fan base.

In 1967, Birmingham Sunday was poised for their breakthrough. Joe LaChew and Monty Johns were attending the University of Nevada in Reno, and their band had a much greater following – especially since the university dorms and fraternities now had their own party band!

That summer season, Birmingham Sunday landed a house band gig at American Legion Hall in South Lake Tahoe, California. This involved playing five days a week at the hall, plus performing as the opening act for each weekend's entertainment. The venue was filled every summer night with Californians from the Sacramento and the San Francisco Bay area. Weekend shows were extravaganzas, as well-known San Franciscan acts like The Grateful Dead and Sly And The Family Stone were frequently brought in with local favorites The Family Tree and Jim Burgett.

A few months later, Debbie Parks joined Birmingham Sunday, adding her strong voice to the mix. She was only 15 and a sophomore in high school. Even though Debbie's voice was overpowering, she did not try to dominate the band. Instead, her voice blended well with the rest of the singers in the band. Birmingham Sunday was now playing more originals as part of their sets. They began attracting interest from numerous managers and record company scouts.

Phil Gustafson left for the summer to attend National Guard camp, and he was replaced by his younger brother Dave. Dave Gustafson was a child prodigy that could play any style from Beethoven and Bach to Jimmy Smith. In addition, Dave could read and copy nearly everything he heard. His great playing impressed crowds with a note-for-note rendition of The Doors' "Light My Fire."

Birmingham Sunday's success carried them into 1968. Everyone's favorite hipster, Pat Boone (!), co-sponsored a "Teen Scene" local battle of the bands with promoter Bruce Blaylock. This two-day event was held at Reno’s Centennial Coliseum, where groups like The Kinks, Buffalo Springfield, The Zombies, The Beach Boys and many others had played. The judges were the members of The Sunshine Company, who had recently enjoyed some success. The Sunshine Company had a similar approach and appreciated Birmingham Sunday's vocal tapestry.

Birmingham Sunday was invited by promoter Bruce Blaylock to do some recordings in Hollywood. Blaylock was shopping the band to Nitty Gritty Dirt Band manager Bill McEuen as well as a representative of that group's label, Liberty Records. Birmingham Sunday did an audition and received a record deal from Liberty. The record label had a song that they wanted Birmingham Sunday to record – the "Love Theme From Romeo & Juliet," also known as "A Time For Us." It was later recorded by Henry Mancini, Andy Williams and Johnny Mathis.

After hearing the demos, Bill Holmes took on Birmingham Sunday as their producer and manager. Holmes turned down the Liberty deal, which proved to be a big mistake when Henry Mancini's recording became a big pop hit. Instead, Birmingham Sunday was signed to Bill Holmes' All-American label.

Meanwhile, the band had changed. Monty Wards left after the "Teen Scene" contest for a rigorous, pre-med schedule at the University of Nevada. Birmingham Sunday auditioned singing drummers, but no one materialized. With concert bookings to be fulfilled and not much time to prepare, Joe LaChew took over as the drummer. Monty had been teaching Joe all the drum parts for their original songs, so LaChew had no problem in this transition period. Since Joe gave up his guitar to play drums, the group had to find another guitarist who could sing well. They found Jean Heim, who played rhythm guitar and a little lead guitar. Heim could also sing lead with his pure, light tenor tone.

The group perfected ten original songs and recorded them in December 1968 with Bill Holmes producing at Original Sound Recording Studios. The studio was located on Sunset Boulevard in Hollywood, and it was owned by multiple award winning DJ and promoter Art Laboe. The legendary Paul Buff, who previously ran Pal Recording Studio before selling it to his recording partner Frank Zappa, was Original Sound's engineer. The album "A Message From Birmingham Sunday" was recorded in five days using Buff's own ten-track studio equipment. Paul Buff also played a Chamberlin keyboard, the American precursor to the mellotron, on the entire album. Buff's string arrangements on the Chamberlin were essential parts of each song.

All-American selected "Prevalent Visionaries" and "Egocentric Solitude" as the respective A- and B-sides of a single released in early September 1969. The album was released the same month. Before the album was released, Bill Holmes sent a tape of the single to radio stations in Nevada.

"Egocentric Solitude" was first tracked for the week ending August 16, 1969 by Reno, Nevada radio station KIST. It reached the Top 10 in Reno that September 10, and it was #5 on KCBN. Although the single did not receive wide distribution, it did well in Sacramento, Chicago, Seattle, and especially Santa Barbara, where it made #1! The lack of distribution made the album extremely rare, even at the time. About 10 to 20 copies of the original LP are known to exist today.

Many of Bill Holmes' All-American acts played concerts on July 18-19, 1969 at Kings Beach on the North Shore of Lake Tahoe. On the first day, Birmingham Sunday was the opening act. However, the popularity of the band enabled Birmingham Sunday to close the second night's show. Holmes had lost control of Strawberry Alarm Clock, so he had the replacement group Strawberry SAC play instead. Gary Solomon, the lyric writer of "Egocentric Solitude," was in that band. Birmingham Sunday ruled the weekend event!

Birmingham Sunday played concerts throughout 1969, but they split up in 1970 due to a number of forces pulling band members in different directions. Joe LaChew and Monty Johns stayed in college to continue their education. Both Joe and Monty formed the college rock band Brother Rock with Ward Johns. This nine-piece horn band opened for concerts at the college, including shows by Cold Blood, Tower Of Power, The Sons Of Champlin, and most notably, Derek And The Dominoes.

Brother Rock did a recording for the Mercury label in San Francisco, but the tracks have been lost. While influenced by Chicago and The Sons Of Champlin, Brother Rock played original songs by Monty Johns and Joe LaChew.

Debbie Parke became an elementary school teacher and counselor in Lewiston, Idaho. She is now retired. Phil Gustafson retired from the Nevada National Guard. John Kvam was a bartender and journeyman cabinet maker before his retirement. Jean Heim became a country musician and has also retired. Monty Johns is a doctor in West Virginia. Ward Johns was the Vice President of Missile Records. He passed away from compilations due to a stroke in December 2009. Dave Gustafson became a successful musician and very wealthy real estate agent. He passed in January 2010.
by Joe LaChew (Birmingham Sunday) 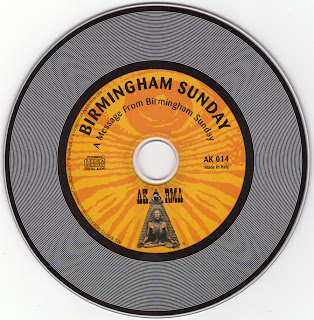