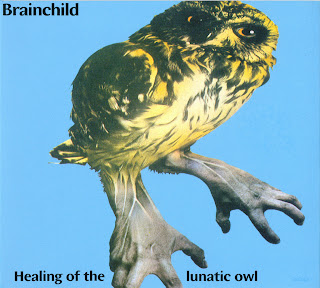 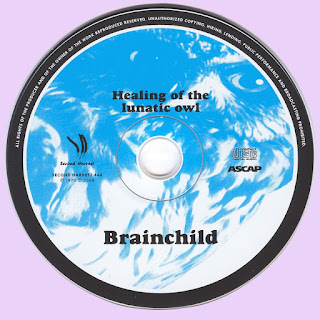 Free Text
the Free Text
Posted by Marios at 5:46 PM

Been looking for this cd for ages, finally found it in I'm surprised,very good stuff.Marios Thanks a lot

I don't know good the music is but I always remember that album cover. thank you.

What a great album, that only a few people know! Every song is a winner!
Great cover also. Thank you for this!

Good fun making it it took two days at Wessex sound in London in March 1970. We used to do a lot of stuff for the BBC and toured Spain. Band broke up in 1971. Thanks for your comments

Hi Chris, I'm very excited about the album, pretty versatile, with dark moments, in your music to feel rather hear the incredible potential ... in just two days it such exciting to record an album,surely, fine to understand itself in studio.

Little is find out about Brainchild. The band around guitarist Bill Edwards,Brian Wilshaw the woodwinds ,Chris Jennings organ, piano,Dave Muller drums, Lloyd Williams the trumpet and the singer-bassist Harvey Coles was probably late 70s, played by the turn of the decade an album in the Wessex Sound Studios in London, which was published in 1970 by A & M, and disappeared then back out of the picture. "Healing of the lunatic owl" is hard to find in the original vinyl and was not officially launched until now again on CD. This is a shame, because the album is a thoroughly successful matter.

Brainchild play a progressive Brassrock as he was rarely found in England, unlike the United States, in the early 70s right. British bands with a similar concept had Locomotive Mogul Thrash and especially Heaven, which paired a rock band with an extensive wood and brass department. At Brainchild both parties are fairly equal, provide a hand electric guitar (sometimes quite aggressive and dirty by Bill Edwards edited), bass and drums for blues-rock bustle, soloing on trumpet, trombone and sax jazzy and tuneful deliver their fanfare-like interjections . Imposes itself between now and Chris Jennings on the organ (rare piano) and the lyrical flute Brian Wilshaws. Finally, there is the powerful, but pleasant song to mention Harvey Coles. Jazz, rock, blues rock and Protoprog be merged here into a coherent, powerful, usually loose and swinging, gliding whole.


Little is known about the members, both before and after this album,about the formation and the further career of members the band that not I can write no more.
I think Chris can say us more,great respect for it that you found the time look at the blog Rockasteria... Marios here does a great job :) Chris all the best!

WOW..With last minute,Produced by Lennie Wright (drummer with The Web and Samurai), it originally appeared that October 70', when it sank without trace. In recent years, however, it has been acclaimed as one of the best prog obscurities of its time, with its tight jamming and incisive brass arrangements earning favorable comparisons with Chicago and Blood, Sweat & Tears. It's presented complete with a rare non-album, bonus track 'The Cage'. Release date 1/8/2013 Label Aurora(AU 5027CD)

Have a nice day,
Adam.

This was a particularly good addition to the British brass/rock scene. It's such a pity that they only released the one album. Listening to it again from beginning to end just recently made me realize just how good this album was. I play tracks from it on my radio show here in South Africa quite regularly, as I have for many years.Thanks for the info and great site!

Hi.. could you re-post? The link is broken. THanks