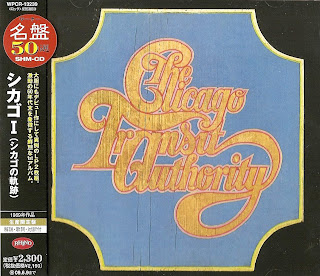 All the musicians are excellent, but in particular guitarist Terry Kath can give Hendrix a fright in the sustain/widdling stakes (“Poem 58”: reportedly, Jimi rated him as a peer) and can perform a continually-inventive twelve-minute strut on the pentatonic comparable to Frank Zappa at his best (“Liberation”). Yes, the horns can throw in the choreographed stabs, but they show themselves capable of ambitious yet economical improv soloing (“Introduction”). Together, the septet move beyond finely honed jazzy pieces (“Beginnings”) through a bludgeoning riff-blues (“South California Purples”) to a latin-drenched drum solo (the fine cover of Steve Winwood’s “I’m A Man”), while the lyrics veer from hippy-dippy mysticism (“Does Anybody Really Know What Time It Is?”) to abrupt political statement (“Prologue, August 29, 1968” / “Someday”). The latter segues seamlessly and intelligently out of the former, a location recording of a chanting civil rights crowd, to drum the message home.
by Len Liechti 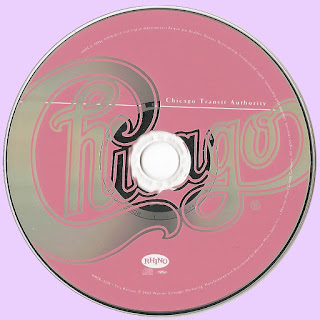 Thank You, Marios
It's great
Mark

Hi Anonymous, I'm not getting your point, just checked links are OK!