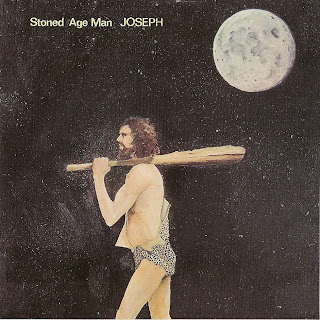 What can we say except ...Classic Stoner (heavy fuzz) bluesrock!!!This is a rare album indeed and much sought after, originallyreleased on the Scepter label (SPS 574) in 1970 and recordedin Memphis at the legendary American Sound Studios.

The “Joseph” was in fact Joseph Long or Joseph Longeria,discovered by the albums producer and A & R man SteveTyrell playing in Houston in a battle of the blues competition!!This is the only know foray into recording that Longeria madeand he was a superb guitar player to boot!!Stoned Age Man contains some of weirdest lyrics ever written. 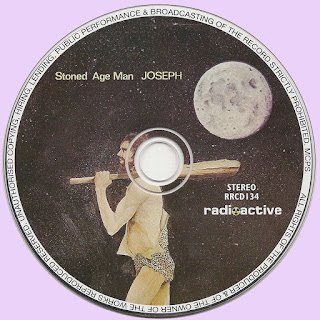 Free Text
the Free Text
Posted by Marios at 3:00 PM

I have always loved your blogs and I just find this one.

Thanks for your work!

Nice post my friend,keep on comin' the good stuff ;)

This one is so cool! It's got organ, piano, harpsichord, flute I believe, and something that sounds like a sitar! Great sense of atmosphere. Much more than an offbeat blues album

VERY out of time. Thanks.

Links are dead. Could you reupload this one on df?

I have a lossy version for a long time.Thanks Marios for re-up this beauty.

Thanks for this, much appreciated.
You are wrong about Joseph being his only recording.
Joey Long is the name he became known as.
2 albums were released by him 1978
The Rains Came & Flyin High.

V.A. - The Greatest Hits from the Soul of Texas (WAND-677).
An early sexy cover compilation of texas artists .
Joey Long appear with two songs
"I'm glad for your sake" and "I Cried". From 1966